Thomas Gordon Jorgensen, 77, of Carson City, Nevada, and former resident of Albert Lea, was joined with his Lord and Savior on November 17, 2021. He was born October 1, 1944 in Albert Lea, Minnesota. 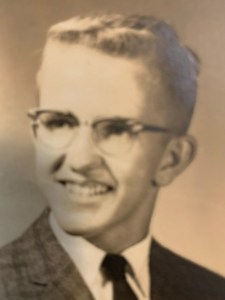 Tommy graduated from Albert Lea High School in 1962. He was blessed with the ability to attain academic excellence in any subject or discipline, and was especially interested in science and physics. As a result, he obtained full scholarships to advance his education. After graduating high school, he attended Ottawa University in Ottawa, Kansas. He earned a Bachelor of Science Physics Degree and graduated in June, 1966. He went on to pursue his Master of Science Degree at the University of Nevada, Reno, and graduated in 1969.

Throughout his life, being part of a church family remained near and dear to Tommy’s heart. When Tommy was 13, he was one of four brothers who suffered the loss of both parents. That is when members of his home church – First Baptist Church of Albert Lea – came together. Ed and Tootie Matz became foster parents for Tommy and his older brother, Jack. Through letters, Tommy shared his appreciation for the time he spent living with his foster family on the Matz farm. He enjoyed participating in 4-H as well as remaining active in the youth group at church. His brothers, Dave and Doug remained in close proximity with their adoptive parents, Pat and Mandy Kennedy, also members of First Baptist and friends of Ed and Tootie Matz. In later years, Tommy remained faithful to his roots and enjoyed being a part of the small church congregation within his retirement community in Reno.

A memorial service will be held at 11:00 a.m. on April 30, 2022 at Bridge Community Church in Albert Lea with Pastor Clayton Balsley presiding over the service. After the service, there will be a small graveside service at Graceland Cemetery.