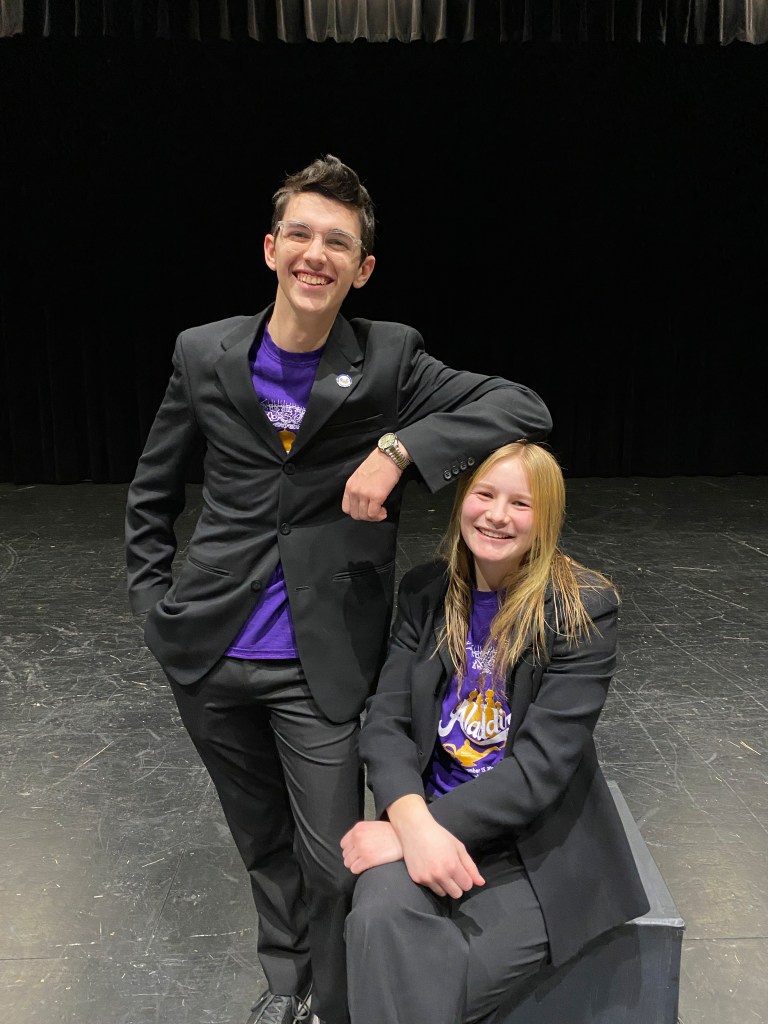 “Book Lovers” is a romantic comedy featuring some of literature’s most famous lovers: Helen of Troy, Cyrano de Bergerac, Juliet Capulet, Hester Prynne and Sir Lancelot. The entire show is only 10 minutes long, but it’s full of songs, action and lots and lots of love.

“Task Lord” is a game show hosted by seniors Merideth Klingbeil and Nick Schindler. Contestants Bella Gallardo, Liz Stern, Hayden Chandler and Liam Schrader were filmed completing various challenges, and the results will be shown and judged by Klingbeil live before an audience. Each performance will feature a different set of challenges!

Students will also be doing various improvised comedy sketches in the style of “Whose Line Is It Anyway?” and “Comedy Sportz.” Students have been spending the last few months learning and rehearsing different improv games that rely on audience participation, so people should come prepared to offer suggestions and laugh at the results.

The show started Friday and is also slated for 7 p.m. today and 2 p.m. Sunday. All seats are $5 and tickets can be purchased at the door.