Walz to lawmakers: ‘No special session’ 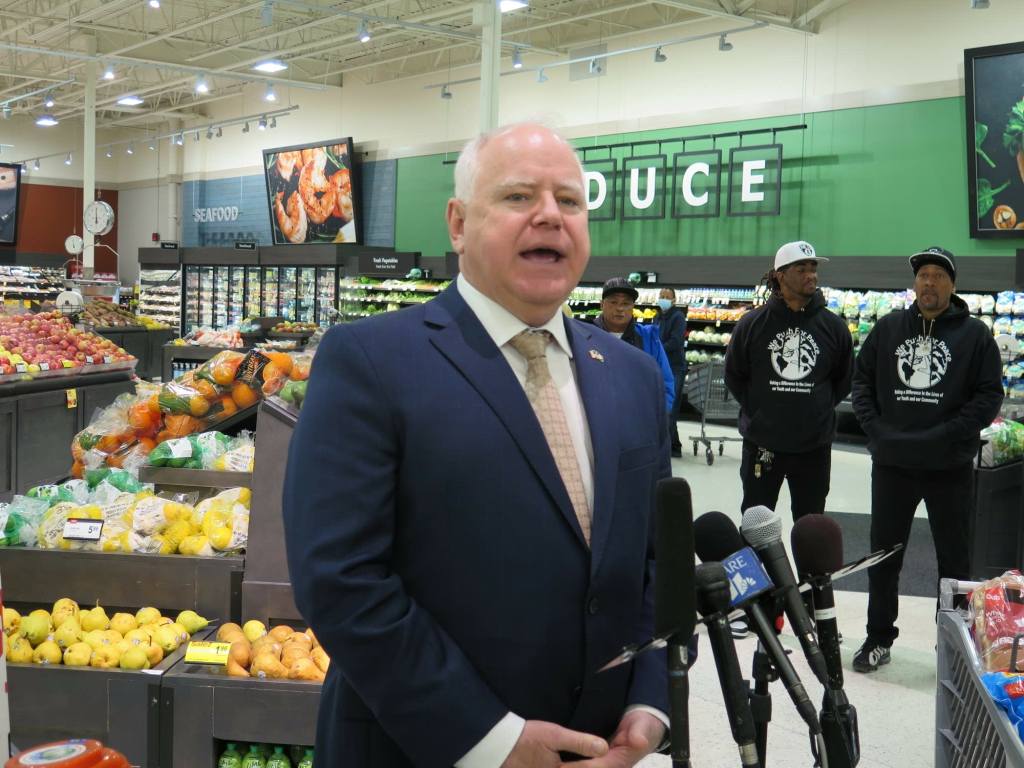 Gov. Tim Walz went to the Northside Minneapolis Cub store on Broadway Ave. to promote his plan to send "Walz checks" to taxpayers to help them pay for groceries. Tim Pugmire/MPR News

Gov. Tim Walz says he will not call a special session if legislators fail to get their work done on time.

The 2022 session ends May 23. Lawmakers are considering many proposals for spending the state’s $9.25 billion budget surplus. But the state budget remains balanced for another year, so nothing absolutely needs to get done.

Walz said during an event in North Minneapolis Wednesday that legislators need to do their work.

“The Legislature is doing what the Legislature does. They’re waiting until the last minute,” the DFL governor said. “I want to be very clear, there is no special session. We’re not going to have the taxpayers of Minnesota pay per diem. We’re not going to have them pay wages to these folks who had six months to do their work. There is no special session.”

Walz was at a grocery store to promote his plan to send part of the surplus to Minnesotans in direct payments of $500 for individuals and $1,000 for couples. Neither the DFL House nor the Republican Senate has embraced that plan.

But Walz is convinced that Minnesotans want those checks.

“Give a big chunk of it back to the people of Minnesota and let them spend it on the things they need to spend it on,” Walz said. “I think that’s what makes sense.”

Walz also expressed frustration with lawmakers for still not having an agreement of replenishing the unemployment insurance trust fund or making pandemic bonus payments to frontline workers. He said he plans to call for a compromise Sunday during his annual State of the State address.

“This should have been the easiest deal in Minnesota political history,” he said.