‘A Year with Frog and Toad’: High-schoolers in Albert Lea to perform family friendly show 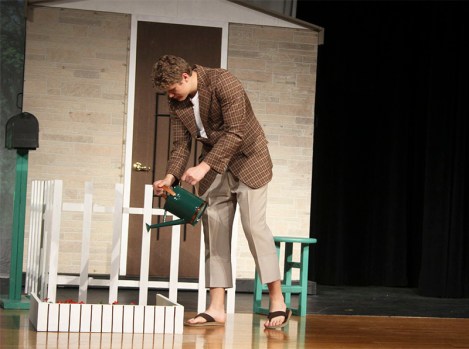 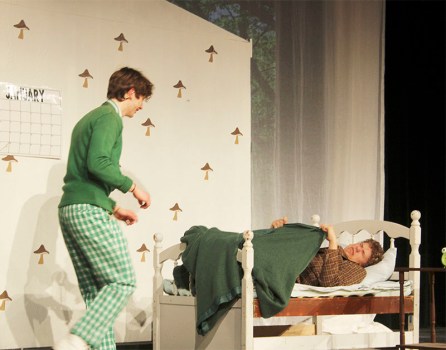 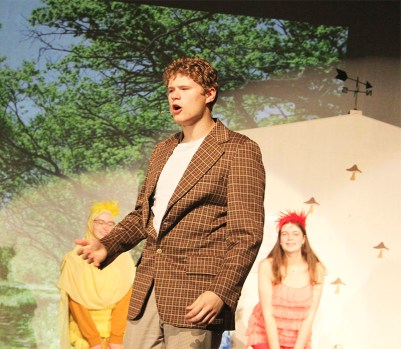 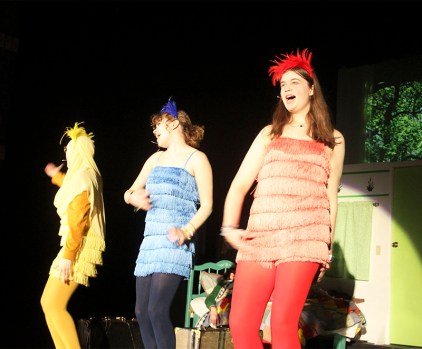 Cast members for "A Year with Frog and Toad" go through a rehearsal Tuesday evening in preparation for the musical, which opens Friday night at the auditorium at Albert Lea High School. Alex Guerrero/Albert Lea Tribune 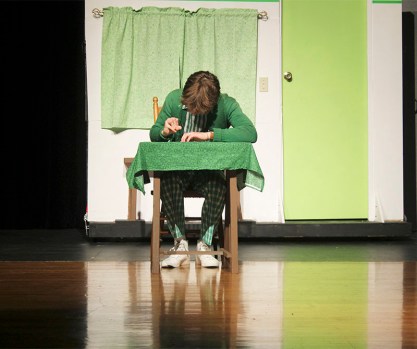 Frog pens a letter to Toad during the play. Alex Guerrero/Albert Lea Tribune 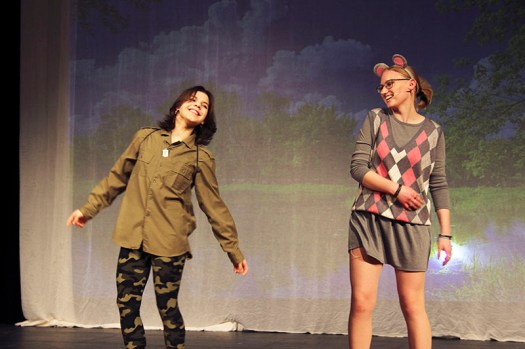 Cast members practice a song and dance in preparation for the spring musical "A Year With Frog and Toad." Alex Guerrero/Albert Lea Tribune

Albert Lea High School is getting ready to have a spring musical this weekend.

This spring’s show will be “A Year with Frog and Toad,” written by brothers Robert and Willie Reale, and will take place at 7 p.m. Friday, 10 a.m. Saturday and 2 p.m. Sunday.

Heaney remembered the excitement among students in doing “Mamma Mia” last fall and, because there wasn’t much interest among the staff in directing a play, agreed to another musical.

“It’s the first time it’s been done in at least 30 years that I know of cause I’ve been around that long,” she said.

There was a reason she chose this particular musical as well.

“I personally love the show,” she said. “It won some Tony Awards. It was premiered at the Minnesota Children’s Theatre here in Minneapolis.”

Because she always had season tickets when her children were young, they saw the show.

“They still, to this day, listen to the song track and sing along, and my daughter’s almost 30 years old,” she said. “It’s just a phenomenal little show.”

The musical will also be different than what she’s done in the past, and admitted children’s theater is different acting and production. She said it would be a good stretch for the performers.

Those performers, she said, were originally skeptical about doing a children’s musical.

“[Students] didn’t know anything about it,” she said. “And they think they have to do the big-name shows all the time.”

So Heaney reassured everyone that they’d love it, and after listening to it on YouTube they came to the same conclusion.

“I know they’re liking it,” she said. “It’s just nothing not to like. This is totally G-rated and funny and sweet, and it’s just great.”

There wasn’t a musical last year, so this year’s fall show was the first time many of her students had been on stage.

“When I have students that want to do something, like let’s do something more, I’m all on it,” she said. “I will do it with them.”

In doing this, she hopes her students will build memories and confidence.

And she wants the audience to have a great time, and encouraged people to bring as many kids as they know.

Auditions were the second week of March, and the show will have 19 actors. The entire production has between 30 and 35 students who have been involved.

She described the music as dixieland and jazzie, and said costuming was interesting, as well as building a set.

Tickets can be purchased at the door or through the high school’s activities page under the Box Office tab. Cost is $8 per adult and $6 per student.

“It’s going to be really a sweet little show,” Heaney added. “So I hope people come and see it.”

This is the school’s second production since the pandemic began.