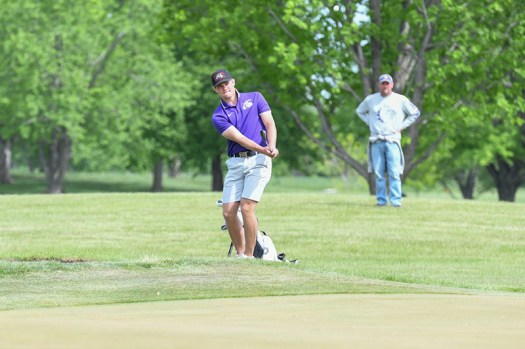 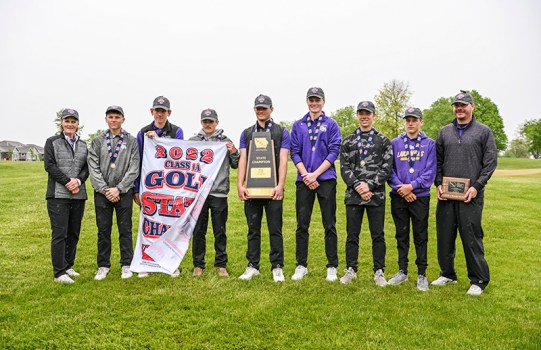 The Lake Mills boys’ golf team was named Class 1A State Champions on Tuesday at the state tournament, the first time in school history for the school to win the title in boys golf. Julie Helgeson/for the Tribune

The Lake Mills boys golf team competed at the Class 1A state tournament at Ames Golf and Country Club over the last two days.

Led by senior Bennett Berger, who won the individual state title, the Bulldogs dominated as a team, winning the championship by 16 strokes over the second-place team.

Berger finished the two-round event with a final score of 150 (+8). He was followed closely by teammate Garrett Ham, who finished in fifth place overall with a score of 163 (+21).

As a team, the Bulldogs finished 105 strokes above par. The second place team, East Buchanan finished with a final tally of +121.