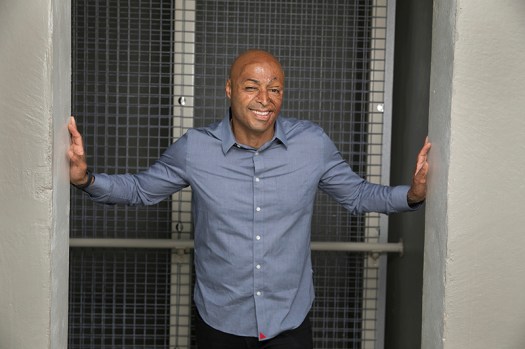 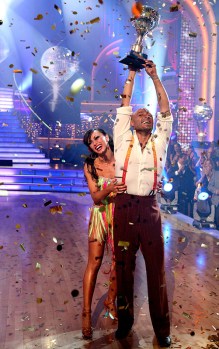 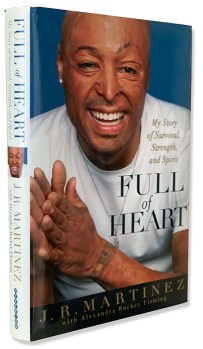 A New York Times best-selling author, actor and motivational speaker is traveling to Albert Lea next week to speak in several forums around the community about making the most of every situation, no matter what life may throw your way.

J.R. Martinez is an Army veteran, burn survivor and winner of season 13 of “Dancing with the Stars.” He also acted on “All My Children” and wrote “Full of Heart: My Story of Survival, Strength and Spirit.”

Albert Lea-Freeborn County Chamber of Commerce Executive Director Shari Jenson said Martinez is a friend of hers who she first met when she worked through the United Service Organizations in Texas and was organizing a gala. A friend at the hospital there suggested she have Martinez, who had been treated there and had started acting on “All My Children,” speak at the gala. The other speaker at the event was former professional football player Roger Staubach. Jenson said she was overwhelmed with the impact the two men had on the event and the difference they ultimately made on raising funds for the cause.

“Just seeing the power they had over the crowd and how much everyone just loved them was incredible,” she said. “I’ve had a few other events, and we just became friends.”

Jenson said with May being Mental Health Awareness Month, the chamber’s Community Resiliency Committee wanted to do something special to raise awareness about mental health, which prompted the idea to have Martinez come and speak about the topic to the community.

Martinez will speak not only about mental health, however, while he is here. He also has events planned for students, veterans and leaders in the community. The events are open to the public.

From noon to 2:30 p.m. on Tuesday, Martinez will speak at Wedgewood Cove about mental health. Tickets are $35 to attend. Organizations with ties to mental health will also have booths set up at this event.

Later that night, also at Wedgewood Cove, will be Mocktails & Motivation, a night for students in which Martinez will motivate attendees with stories of acceptance, inclusivity, self-care and resiliency. Tickets for this event are $5, thanks to a sponsorship from Freeborn County Partners In Prevention.

The next morning, from 8 to 10 a.m., will be a Veterans Appreciation Breakfast at the American Legion for $12 per person, followed by a Leadership Luncheon from noon to 2 p.m. at Freeborn-Mower Cooperative Services for $29.

Rounding out the day will be Fun & Games with Martinez from 5 to 8 p.m. at Wedgewood Cove. Tickets to this event are $40. Happy hour starts at 5 p.m., when Martinez will be celebrity bartender. All tips will go to the Freeborn County Relay for Life. Dinner starts at 6 p.m., and games start at 7 p.m. Martinez will speak on the power of vulnerability and self care. There will be chances to win cash and prizes.

The chamber is also running an envelope fundraiser at their events. Donors can select an envelope of their desired gift size, and for every dollar donated, the supporter gets a ticket to enter a prize drawing. The top prize is breakfast with Martinez on Thursday morning before he leaves town. The winner will be drawn at the Fun & Games event.

All event proceeds benefit business and community efforts of the chamber.

While much of Martinez’s visit will be spent raising awareness and helping with fundraising for the Chamber of Commerce, he will also help promote initiatives for other local entities while he is here. He will take a cruise on Fountain Lake to do a video for the Shell Rock River Watershed District and visit the Freeborn County Humane Society. He will also be a part of a Cash Mob event at one chamber business.

“I’ve seen him, I’ve heard him, and I’ve seen the impact he has on people,” Jenson said.

She said Martinez spoke at the end of March to a group in Albert Lea via Zoom for a Southern Minnesota Social Media Breakfast, and even from that one hour with him that day, people still haven’t been able to stop talking about him.

According to his website, Martinez was on a routine patrol in Karbala, Iraq, on April 5, 2003, when the Humvee he was driving hit a roadside bomb. The three other soldiers were ejected from the burning vehicle, but Martinez was trapped inside. He suffered smoke inhalation and severe burns to 34% of his body.

He spent 34 months in recovery at Brooke Army Medical Center (BAMC/SAMC) in San Antonio, Texas, and has undergone 34 different surgeries since his injury.

During his recovery, a nurse asked him to speak to a burn patient in the hospital who had just seen his body for the first time, and after a short visit, he realized he had made a positive impact and helped the patient in some way. He went on to find solace in helping other wounded survivors and has since then traveled the world as a motivational speaker. His message is simple: “Change isn’t bad if you are willing to adapt. Your path in life is decided by your own ability to adapt and overcome.”