Elvis has left the building: Longtime janitor with love of Elvis retires after 45 years 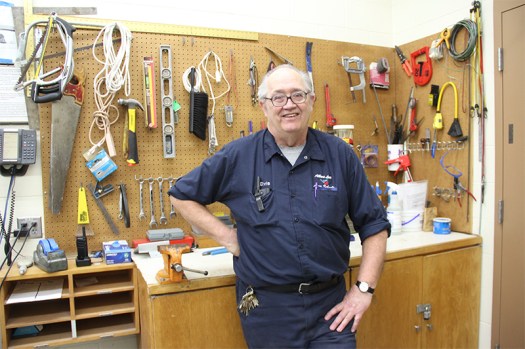 Craig Nash, a janitor for Albert Lea Area Schools for over 45 years, had his last day Friday. To commemorate, staff had a party for him during lunch. Crystal Miller/Albert Lea Tribune 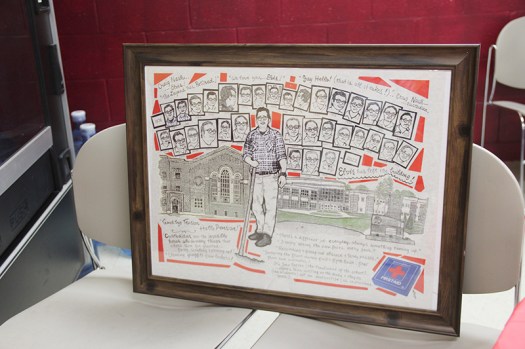 The staff had food and a picture for Nash to celebrate his time working in the district. Crystal Miller/Albert Lea Tribune 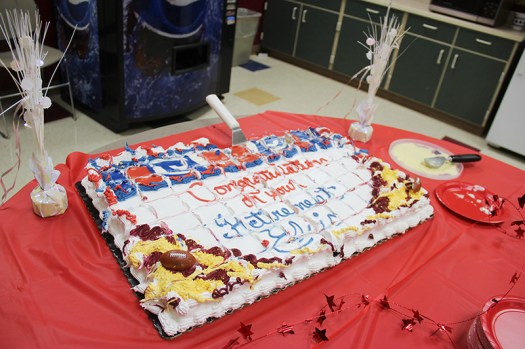 Nash's role expanded to more than cleaning during his time in the district. Crystal Miller/Albert Lea Tribune

After over 45 years working for Albert Lea Area Schools, Elvis has left the building.

That’s because Craig Nash, who has been a high school custodian for about 45 years and 10 months, had his last Friday. Nash went by the name Elvis, as early in his career people would comment on his resemblance to the musician.

To mark the event, school teachers and staff provided him with a cake and picture commemorating his work with the district.

“His presence will be missed as will his sense of humor and work ethic,” Dibble said in an email. “It is not very often that we get to celebrate a person who has meant so much to as many generations of students as Elvis.”

Nash started his career at the old high school between Clark and Water streets.

“I don’t think we need to take sides, but I like the old school better,” he said.

Nash, who was selling office supplies, walked into the building and, after talking to the business manager (who didn’t need office supplies) was offered the janitor job.

He described his work as being new every day.

“It’s like farming,” he said. “You come in and you do your chores and you catch little things in-between and you go home.”

And the variety was part of why he liked his job.

“Every day is different,” he said. “There’s no favorite parts cause janitor work is janitor work. You come in and do it.”

And for him, the hardest part of it all was getting up in the mornings.

And over the years, new responsibilities have been added to his role, including having to do monthly inspections of the school’s fire extinguishers. He was also a locker man and patrolled the stands during football games.

“You watch for trouble,” he said. “You make sure the kids are in line, and if they’re not, you yell at them.”

Those interactions with students have changed over time from using a few choice words to now having to carefully watch what he said.

He would also hire his own substitutes.

He said he kept the job for over 40 years because of the money.

As for the party, he said he was one of the lucky ones to get one.

“I just enjoyed working here and [took] it one day at a time,” he said.

His feelings were mutual.

“All of us at ALHS and the Albert Lea Area Schools wish him the very best as he moves into the next phase of his life,” Dibble said. “We will miss him.”