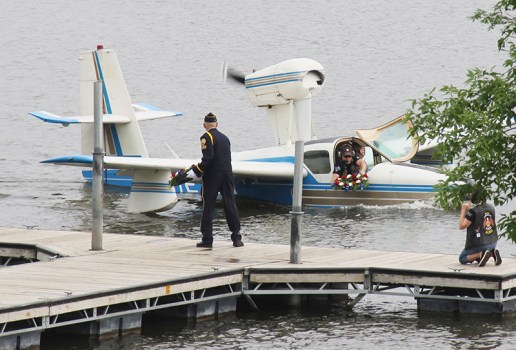 This was the 50th year for pilot Jim Hanson to take part in the wreath laying ceremony on Fountain Lake. Pictured, is Hanson and a Legion Riders member, who helped drop the wreath on the lake. Sarah Stultz/Albert Lea Tribune 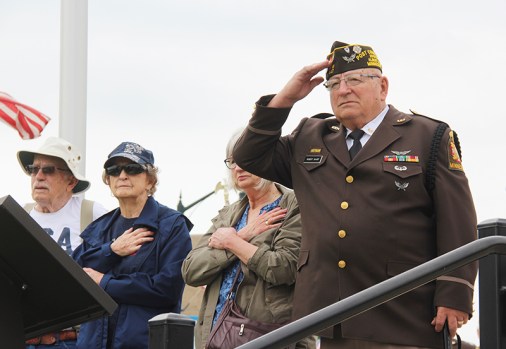 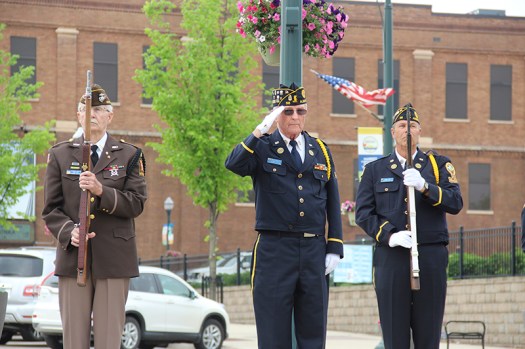 Members of the Veterans of Foreign Wars 447 and American Legion Post 56 take part in the ceremony at the top of Fountain Lake Park Monday morning. Sarah Stultz/Albert Lea Tribune 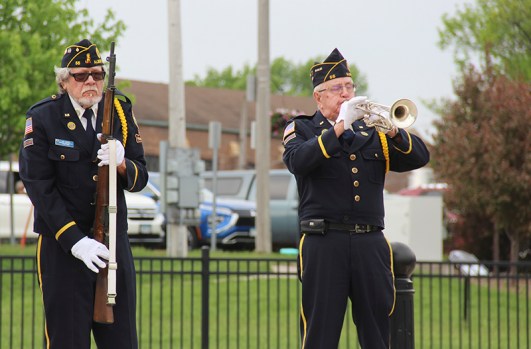 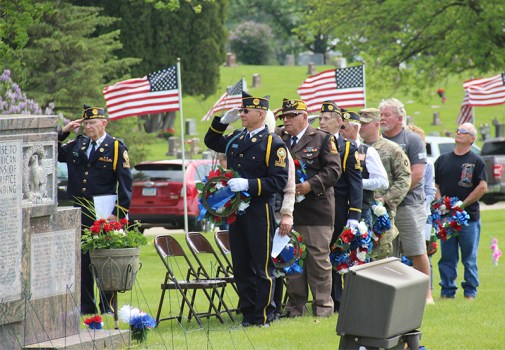 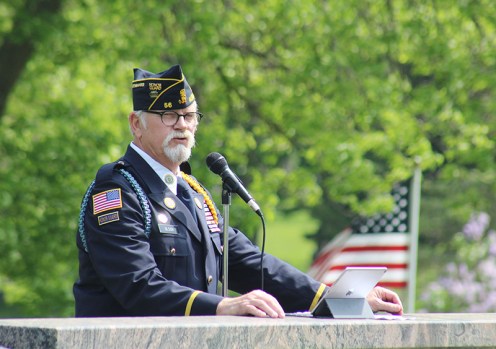 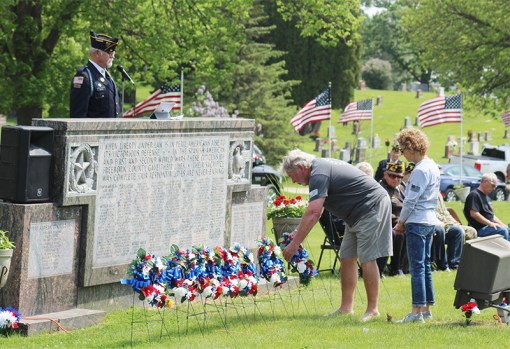 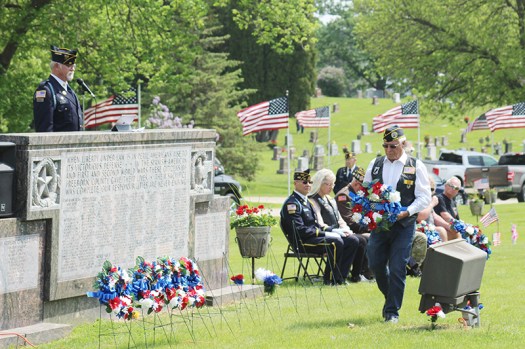 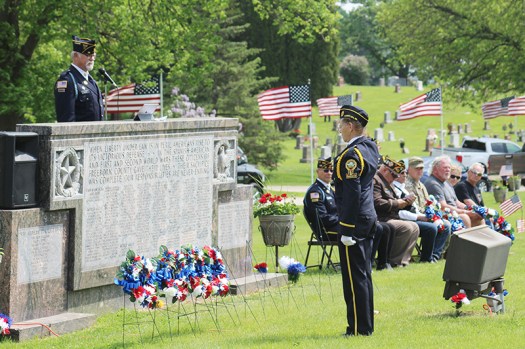 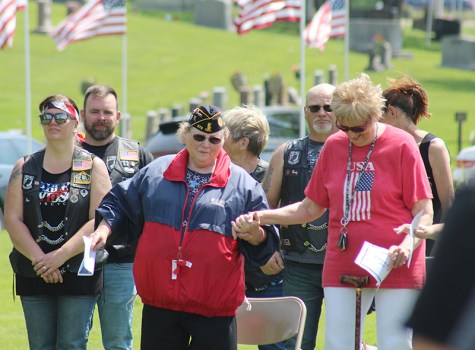 Many in the crowd joined hands during the final musical number at the Memorial Day ceremony Monday. Sarah Stultz/Albert Lea Tribune

The leader of Albert Lea’s American Legion Post 56 on Monday encouraged people to remember those service members who made the ultimate sacrifice throughout the year and not just on Memorial Day.

The remarks came during the annual Memorial Day ceremony at Graceland Cemetery, which also included music, flag raising, a wreath-placing ceremony and a volley fire. Other ceremonies were also held at area cemeteries throughout the morning.

“Ceremonies are important,” Cmdr. Ole Olson said, citing a quote by Jennifer M. Granholm. “But our gratitude has to be more than visits to the troops, and once-a-year Memorial Day parades or ceremonies. We honor the dead best by treating the living well.”

He said Memorial Day means many things to many — whether it’s the start of barbecue season, attending picnics or remembering those who have been lost in past conflicts. Remembering can be thinking about jokes that were told, the memories that were made or where the veterans served, referencing different locations from the wars and conflicts since World War I.

“Maybe it’s the near misses during the battle and then us realizing what could have been or what might have been,” Olson said.

Olson referenced his own military service in Iraq and some of his experiences there.

He said he would run south from the border of Kuwait and Iraq to Baghdad, and the roads were continuously mined with IEDs and backed with ambushes.

Deployed with the 34th Infantry from 2005 to 2007, he said by the time he was finished with the deployment, his battalion had eight soldiers wounded, and the division lost 27.

“It is our duty as the living — it is our duty for the fallen not to be forgotten,” he said. “This is what Memorial Day is for — not only to remember those who fell during battle, but now even those who have gone after — and there are many.”

He encouraged people to remember to tell their stories.

Olson said many came home with injuries both seen and unseen. He encouraged those who may experience dark days to have faith.

Music in the ceremony was led by Don Malinsky, chaplain of St. John’s Lutheran Community.

Earlier in the morning, the veterans groups participated in a brief ceremony at Fountain Lake Park, where a wreath was dropped in Fountain Lake for service members lost at sea. It was the 50th year for Albert Lea pilot Jim Hanson to participate in the event.