A Hartland man is facing charges of arson and domestic assault after he reportedly physically assaulted a woman and then later started a barn on fire. 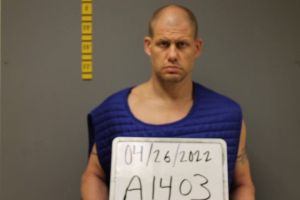 Jeremy Kent Posey, 43, was charged last week in Freeborn County District Court with one count of first-degree arson involving a flammable material, one count of second-degree arson and two counts of domestic assault.

Court documents state Freeborn County Sheriff’s Office deputies were called out April 26 to a residence in Hartland regarding a domestic assault. Upon arrival, the deputies could see a large black cloud of smoke coming from the property. The barn the flames were coming from had the roof collapse into the structure.

The victim had been able to drive away and to the emergency room, and Posey was arrested outside of the residence.

When interviewed at the emergency room, the victim alleged Posey had woken her up that morning by hitting her in the hip and then trying to lift up or move the mattress to get her up.

When she asked him why he did that, he kept saying “I can’t do this anymore” and “I need help,” the report stated. The victim asked what kind of help, and he stated he needed treatment. She offered to take him to the hospital to get help.

The report stated Posey started to walk away but then came back and “came at” the woman. At one point she reportedly fell back and hit her head, causing a large bump on the back of her head. While she was on the floor, he reportedly came at her several times. He also allegedly tried to push a dining room table and bench toward her, but she was able to avoid getting hit by those.

Court documents state eventually the woman got outside, but Posey allegedly took the car keys away from the woman.

She got into the driver’s seat of a white Buick Enclave, and Posey got into the passenger side and then got out two times. At one time the woman felt she had time to run back into the house to find her other set of keys and locked the house behind her.

Though she could not find the keys to the vehicle, she found keys to a different Subaru car. She said she ran from the house to the car, and after starting the car, she saw Posey walking to the barn with a diesel can in his hand.

As she drove away, Posey reportedly jumped on the hood of her car, yelled at the victim and then kicked the windshield. At one time, he jumped on the roof of the car and then jumped off.

In an interview with a fire investigator and Freeborn County Sheriff’s Office detective, Posey reportedly admitted to getting into a “scuffle” with the victim and jumping on the victim’s car. He said when the victim sped away, he tried to grab the mirror and it fell off.

“When asked about the barn, defendant said he felt like burning it down,” court records state. He reportedly scared the horses out of the barn prior to lighting the fire, and admitted to pouring diesel fuel in the barn and lighting the fire with a lighter in his pocket.

After he lit the fire, he said he went into the house and watched the fire for a bit and then got into the Buick Enclave and drove it into the barn.

Authorities found the burned vehicle inside the damaged barn, and a fire investigator determined the fire was started as an arson.

In a bail hearing Monday morning, Freeborn County District Court Judge Ross Leuning allowed Posey be released from jail under certain conditions, including having no contact with the victim, not leaving the state without prior court approval, remaining law abiding and others. Unconditional bail was set at $200,000.

Posey is next slated to appear in court on Thursday.