Jeremiah Dean Westrum, 41, of Albert Lea, passed away at home on Friday, May, 27, 2022 surrounded by his family. A Funeral Service will be held at 3PM on Thursday, June 2, 2022 at Crossroads Church of Albert Lea with Rev. Tim Reed presiding. Public visitation will start at 1:30PM. Burial will be at Clarks Grove Cemetery. Online condolences may be left at www.bayviewfuneral.com. 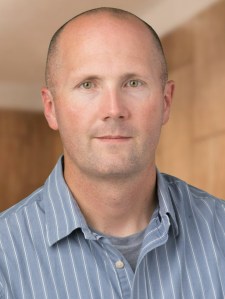 Jerry was born on May 9, 1981 to Dean and Sue Westrum. Jerry attended Glenville-Emmons Schools and he graduated high school with the class of 1999. In school he participated in football, baseball, wrestling and trap shooting. After high school, Jerry attended Mankato State University where he received a degree in Construction Management.

Jerry was employed in the construction field and worked all over the United States with many different companies including Blattner Energy, Frerichs Construction, and Ryan Companies.

Jerry was married and to this union two children were born, Henry and Lewis and step son, Talin.

When Jerry was not working he had many hobbies including demo derby, stock car racing at local tracks, hunting and fishing. He loved his children and supported them by attending their school and sporting events. Jerry was a talented craftsman and could make anything out of wood.

Jerry is preceded in death by infant brother, Phillip and grandparents, Harold and Gladys Westrum and Arnold and Laura Lund.

The family would like to thank Becky Grotsun and all the staff at St. Croix Hospice for the excellent care they provided for Jerry.   Memorials are preferred to Albert Lea Area Youth For Christ.