Lawmakers nibble away at budget deals with 2 weeks to go 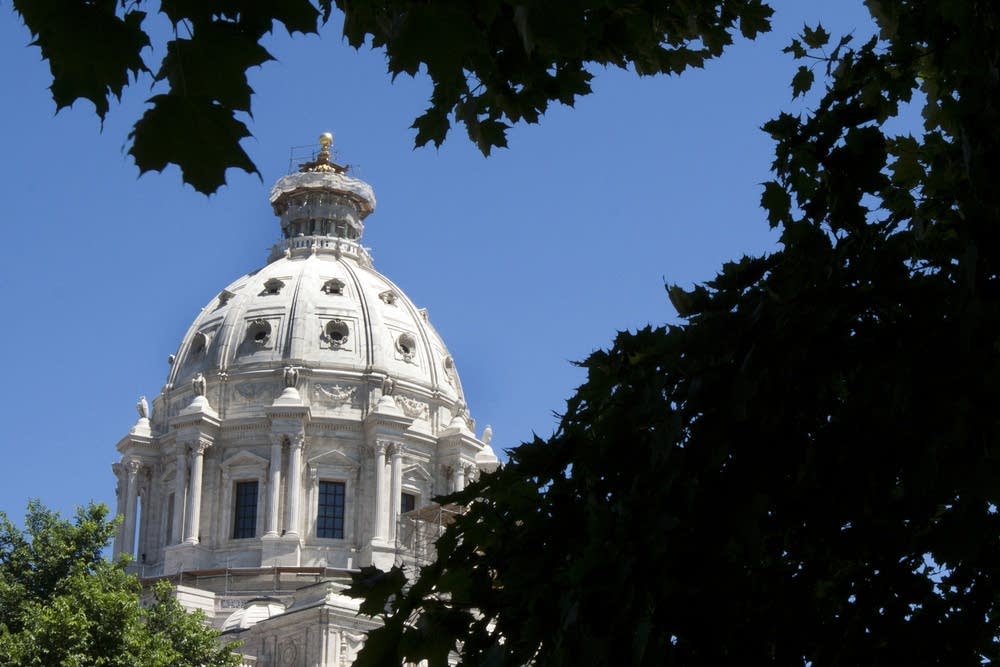 The Legislature is barreling toward the end of its yearly session still lacking a big deal on taxes and spending but making progress around the edges nonetheless.

Without a broad framework to guide them to the finale, it’s difficult to gauge whether the Republican-led Senate, DFL-led House and DFL Gov. Tim Walz will avert a collapse on the session’s biggest items — public safety, school aid, long-term care relief and tax cuts high on that list.

They are hoping to build off earlier agreements around an insurance market shock absorber, a fix to the unemployment system and a bonus program for pandemic frontline workers.

Late last week, a couple notable breakthrough bills passed by wide margins. One dictates how $300 million from a settlement with opioid manufacturers can be spent and the other bolsters programs for military veterans.

That $65 million veterans bill was peeled away from other discussions around use of the $9.25 billion surplus lawmakers had at their disposal this year. It directs money to complete and outfit three new veterans nursing homes in greater Minnesota, steps up support programs for veterans experiencing or at risk of homelessness and rewards those who served in post-September 11th military conflicts.

House Veterans and Military Affairs Chair Rob Ecklund, who helped broker the deal with Republican Sen. Andrew Lang of Olivia, was pleased to see it move in solo fashion rather than get linked to other negotiations. So, too, were others in the House and Senate who sent it on to Walz with only one dissenting vote.

“I think what it says is despite politics, the state of Minnesota and the two bodies can come together and take care of our vets,” said Ecklund, DFL-International Falls. “Vets took care of us through their commitment overseas and other things, and the state can fulfill its obligation.”

That bill’s path is interesting, given that most of the supplemental spending proposals are tied up in massive, catchall bills. It could be an anomaly or a roadmap for other issues that are still bottled up.

House and Senate leaders said they are pushing key legislators and stakeholders to button up agreements on their own and not wait for the proverbial “big deal” to materialize.

“This year is very, very different from a normal budget year where we don’t have to have an agreement in any particular budget area. State government will continue to operate,” said House Speaker Melissa Hortman, DFL-Brooklyn Park. “And so without that kind of a backstop, I think there’s less incentive for leaders and caucuses to take a position that nothing is settled until everything is settled.”

“We want to encourage the chairs and the conference committee members to work together, find agreement and when agreement is reached, we will bring those bills up on the House and Senate floor and pass them as we go,” he said.

Nothing else is right on the cusp, but it’s conceivable that negotiators on agriculture and higher education bills could notch deals.

Those program areas are relatively small in the context of the overall state budget and the amount of the projected budget surplus they’d bite off.

There is somewhere between $7 billion to $8 billion of the projected surplus left to allocate after the session’s prior agreements.

There are four areas in competition for most of that pot of money: Tax cuts, school spending, allowances for health and long-term care programs and public safety initiatives.

The deal-at-a-time strategy will eventually narrow the focus to those competing priorities.

And at some point lawmakers will have to decide if they want to find middle-ground agreements or take their messages to the campaign trail instead.

A separate bonding bill to fund construction and general infrastructure programs through borrowing also remains in the mix. Both Hortman and Miller said serious discussions have begun there, too.

Neither chamber has put out an actual bill yet. The bonding bill requires minority caucus buy-in because supermajorities are needed to pass borrowing plans.

Expect an eventual plan to include around $1.5 billion or so in general state debt. But there could be projects funded through other types of bonds.

There is an appetite to pass a construction plan this year to make sure building work remains in the pipeline, to maximize money from the federal infrastructure law and because interest rates could be a factor.

The session ends two weeks from Monday, with a bill passage.