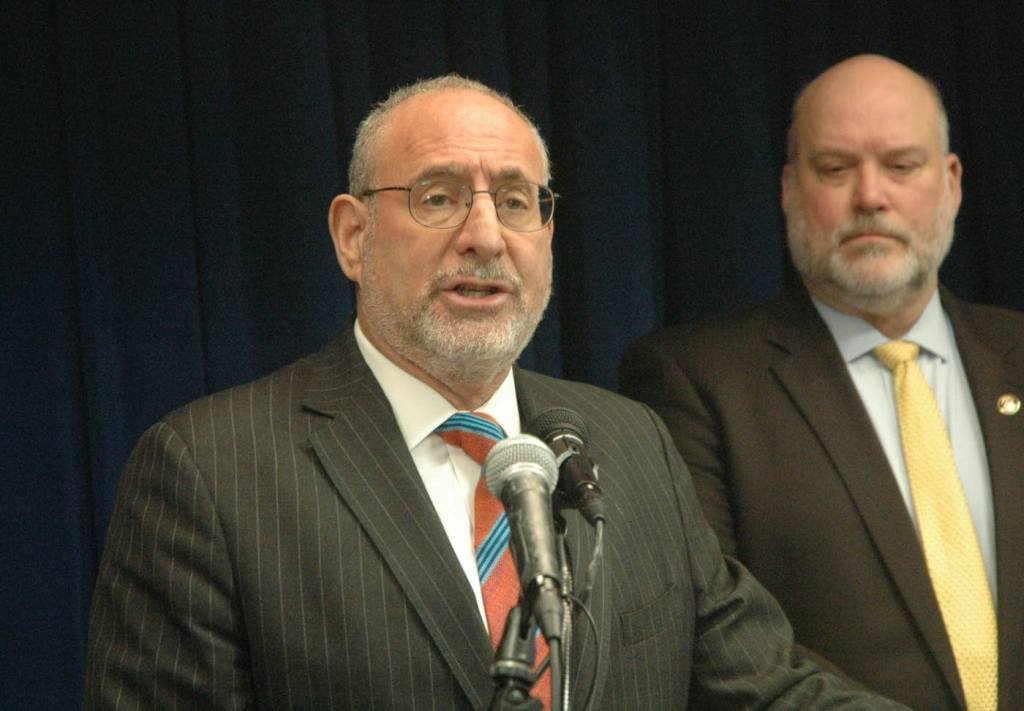 Minnesota’s top federal prosecutor pledged to make carjacking and other violent crime the primary focus of his office.

U.S. Attorney Andy Luger said at a news conference in Minneapolis on Tuesday that in cooperation with multiple law enforcement agencies, all suspected carjackers in Minnesota 18 and older will now face federal charges that carry long prison sentences.

“We’re hoping that this warning and this activity causes people to stop. Because up until now, the federal government hasn’t weighed in fully,” Luger said.

Carjacking has risen sharply in recent years in major metropolitan areas, including the Twin Cities. Because incidents had long been rare, Minneapolis police only began tracking it as a separate category of crime in 2020.

According to the city’s online crime dashboard, 655 carjackings were reported in Minneapolis in 2021. There have been 164 so far this year, a 12 percent increase over the same time in 2021. St. Paul police reported more than 100 carjackings last year, and the crime continues to be a problem in Twin Cities suburbs.

As examples of his office’s new focus, Luger pointed to charges of kidnapping and carjacking that prosecutors filed last week against Desmond Durelle Graham, 32, who allegedly stole a man’s car March 10 in Minneapolis, held him in an abandoned Speedway gas station at 38th Street and Chicago Avenue, and forced him to make multiple cash withdrawals from ATMs.

“This is a ruthless case where the victim was held, beaten and brutalized for hours,” Luger said.

During the kidnapping, Graham’s alleged accomplice Larry Mosby died of a drug overdose, and authorities say Graham tried to revive Mosby by setting him on fire. Graham, who remains jailed, is also facing charges in Hennepin County.

Luger also noted the 15-year sentence that a federal judge recently gave Jeremiah Lee Ironrope, who pleaded guilty to a string of carjackings that he and accomplice Krisanne Marie Benjamin committed in 2020.

Luger said that all 42 assistant U.S. attorneys in the criminal division of his office will spend at least some of their time prosecuting crimes of violence. Attorneys are usually assigned to either violent crime, economic crime, public corruption or organized crime and narcotics.

Luger added that he hopes to hire an additional five to eight new prosecutors.

In addition to carjacking, Luger said other priorities include firearms cases such as gun trafficking, the illegal conversion of semiautomatic weapons into machine guns, and straw purchasing, where a person who’s legally eligible to possess a weapon buys a gun for someone who’s ineligible, usually because of a felony conviction.