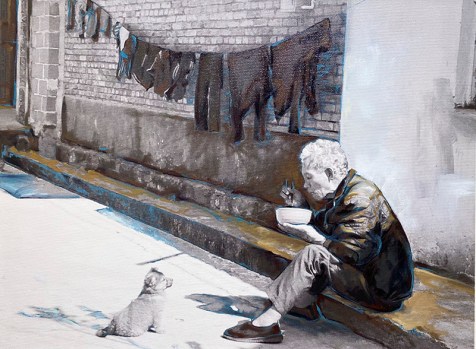 Twenty-five of Mason City-based artist Tonja Ihlenfeldt's works will be on display during the "Finding Hope" exhibit. Provided 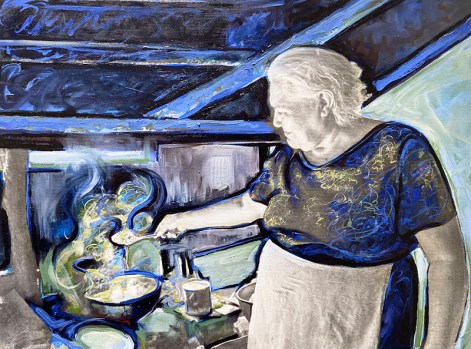 The exhibit will run through June 18, where there will be a meet-and-greet with the artist. Provided 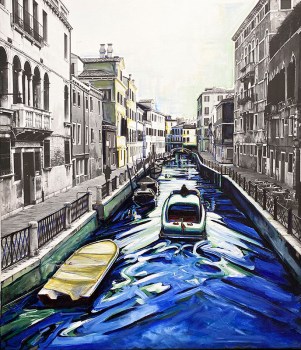 Tonja Ihlenfeldt is the featured artist at the Freeborn County Arts Initiative, where 25 of her works will be on display through June 18. Provided

Twenty-five of her pieces are on display during the show, which opened last Thursday and will run through June 18.

“This is a solo exhibition,” said Elisha Marin, executive director of the Arts Initiative.

Ihlenfeldt is a Mason City-based artist, and Marin said he knew of her work for several years.

“I was in a gallery and I saw her work and was stunned by how amazing it was,” said Susanne Crane, a member of the gallery committee. “She combines black-and-white photography with oil-painting, and she does it seamlessly. It’s absolutely beautiful detail — compelling — and she has an incredible sense of composition and knowing just how much color to add.”

“Our nation has been through a pretty tumultuous couple of years, and this show is geared at having or restoring a sense of hope, joy and peace to our community,” Marin said.

Crane echoed and elaborated his thoughts.

“I think that hope is found by traveling through a larger space and time continuum,” she said. “If you’re moving through a bit more of humanity it makes you put things into perspective a little better.”

Crane said putting this together was something she dreamed of having, and described Ihlenfeldt’s work as cohesive.

“Finding Hope” is an in-person exhibit.

The Freeborn County Arts Initiative is open 5 to 8 p.m. Thursday and Fridays, 1 to 4 p.m. Saturdays.

“Tonja’s a consummate professional,” Marin said. “The show went up very easily and it looks absolutely incredible, and we’re all very, very excited to have artwork back in the gallery in person for people to see.”

A virtual tour with Ihlenfeldt is in the works.

“A big part of what we’re doing in 2022 is hybrid programming, so when we’re able to we’re doing something in-person that has a virtual element to it,” Marin said.

According to Marin, hybrid programming is increasing in popularity, and he said virtual exhibitions have brought in 7,000 to 10,000 visitors.

“It gives us more reach based on people who, for whatever reason, can’t get out and get to the gallery,” Crane said. “It gives them a chance to experience some of the amazing things that we have here at the FCAI.”

All exhibits at the Arts Initiative are free.

“We really pride ourselves on being the only arts nonprofit in the region that doesn’t charge for its programming,” Marin said.

“Tonja will be here,” he said. “We’ll have some catering, and it’s a great chance for people in the community to come and meet the artist and talk about the work with her directly.”