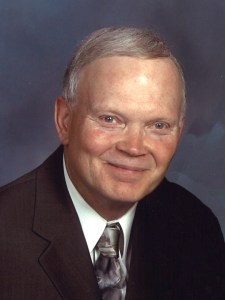 Paul was born on August 6, 1947 to Theodore and Ruth (Peterson) Larson in Mankato, MN. He was baptized and confirmed at Bethlehem Lutheran Church in Mankato, MN. Paul attended and graduated from local Mankato schools. After high school, Paul attended Mankato State College and graduated with a degree in Education. Later, Paul returned to Mankato State College and received his Master’s Degree in Education.

Paul met Kay in January of 1969 while student teaching in Burnsville, MN. The couple were united in marriage on August 14, 1971 at United Presbyterian Church in Farmington, MN. To this union two children were born.

Paul served in the United States Army and was stationed at Ft. Sill in Lawton, Oklahoma. After Paul left the service, he returned to Albert Lea, MN where he taught 6th Grade for 35 years.

Paul was very active in the Albert Lea community. Paul was a member of Kiwanis. He was the Finance Chair for the United Methodist Church for several years, dartball club member, and an investment club for the church. Paul enjoyed traveling and believed life was about experiences. To fund trips, Paul painted houses in the summers. He managed to visit all fifty states and he and Kay’s countries of ancestry. Paul was a member of a card club with friends and golfed when weather permitted. Paul, for many years, played city league softball and volleyball. Paul’s dream was to visit every major league baseball park.

Later in life Paul enjoyed helping others by volunteering at the food shelf, Freeborn County Historical Society, worked doing taxes at USA Refunds and also helping out at the senior center. Paul loved his family and friends but spending time with his children and grandchildren were his life.

Paul is preceded in death by his parents, Ted and Ruth Larson; parents in law, Vern and Myrtle Kelly; grandparents, aunts and uncles.

A special thanks to the staff at Prairie Senior Cottages and St. Croix Hospice for their loving care they showed Paul.

Memorials preferred to the Alzheimer’s Association or donor’s choice.