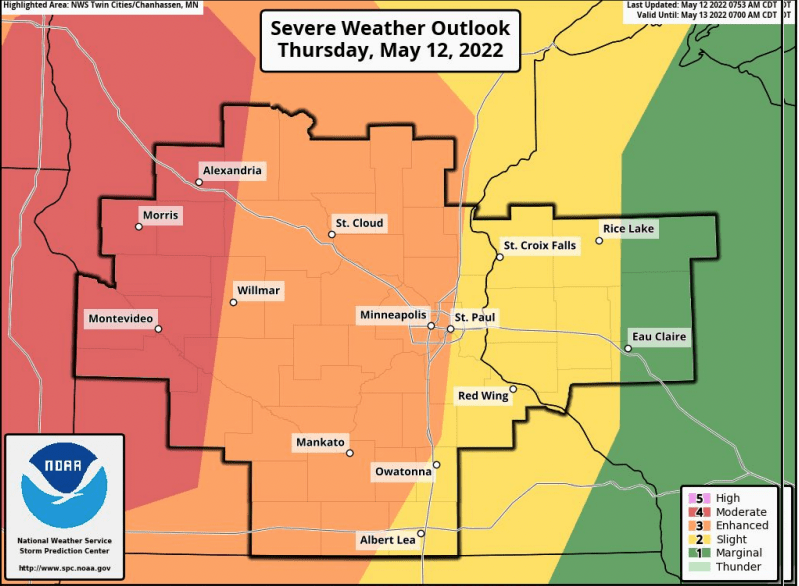 The National Weather Service has issued a tornado watch in Faribault and Freeborn counties.

Widespread thunderstorms were expected to move into the area this evening, bringing with them a chance for severe weather.

According to the National Weather Service, the storms could bring widespread damaging winds, tornadoes and large hail — possibly baseball size.

The storms will progress eastward this evening before gradually weakening.

Severe storms also moved through much of Minnesota Wednesday, bringing damaging winds, heavy rain and a few reports of tornadoes, where one person died in a crash that authorities said was caused by downed power lines.