Russell D. Olson died peacefully on May 25, 2022, at Prairie Cottages in New Richland, Minnesota. He was 79 years old. 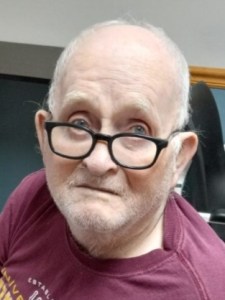 Russell was born in Albert Lea, Minnesota to Clarence and Ruby (Judd) Olson; he was one of five boys. He attended and graduated from Albert Lea Schools. Following his graduation, he enlisted in the Army National Guard. Russell’s first job was driving truck for his father’s garbage hauling business. Russel dabbled in a few other jobs throughout his lifetime; working at Enderes Tool Company, Conger Cooperative Creamery Company and Philly’s Bar and Grill.

Russell was a lifelong member at First Lutheran Church in Albert Lea. His faith played a large role in his life, and he was often quoted saying, “God is good, God is great”. Russell took great pleasure in dancing and took every opportunity possible to enjoy an evening out in his dancing shoes.

A private service will be held for Russell.