Hayward resident Shannon Cox is throwing his name into the ring for a spot on the school board for Albert Lea Area Schools. 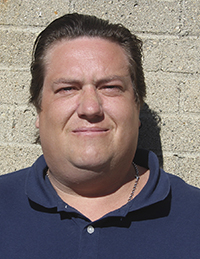 In a letter announcing his candidacy, Cox said the district “has started to go in the wrong direction and has lost the purpose of educating our youth.”

“I just feel like the school district itself has started to really kind of care more about  … things that really aren’t beneficial to the kids,” he said.

He cited spending the district has done on “flashy” items, including the new football stadium.

“I think that money could have been well better spent on the students in the classroom than a new football stadium when the old one still was in good shape,” he said.

Cox also feels the new high school building was unnecessary and believes money could have been used to fix the building.

“I think we need to step back and look at the basics of the kids,” he said. “It comes down to, we’ve cut so many different things within the school district.”

Cox doesn’t want critical race theory, something not being taught in the district, in school.

“I think it pushes people to feel like you are bad because of your color,” he said. “Personally, I think it does not matter what color you are.”

Among Cox’s proposed goals would be bringing back the Drug Abuse Resistance Education program.

“The drugs are getting really bad at the high school, potentially at Southwest,” he said.

He suggested such a program could potentially help with marijuana and vape pens found at the high school, but said it likely wouldn’t be a cure-all solution.

He would also like to see cursive be taught, but he admitted electronics had mostly eliminated the use of it other than for signatures, and admitted most professional fields wouldn’t require it.

“I think you should know at least the basics of cursive,” he said. “Let’s go one step back further than that and you’ve got historic documents. A lot of them are done in cursive, and if you don’t understand cursive you don’t know how to read that.”

He also wants spelling to be emphasized, something he had growing up with spelling tests, but said his niece and nephew — both currently at Halverson — have not done.

“That’s one thing that they’ve really tried to pull back from a lot of history,” he said. “The trouble is if you don’t know you’re history, history’s going to repeat. We don’t need that.”

He also wants a curriculum with language, vocabulary, science and math.

“Math has not changed from years ago, but Common Core is a total different learning process than what it used to be,” he said. “I think we should come back to the basic math, not Common Core.”

In his letter, Cox wrote about returning children’s lives to a sense of normalcy and believes the school and community should have fought to keep school going in-person in the pandemic.

“We’re pushing kids to think one way or another, and COVID brought it out big time.” he said. “The one thing is it shut down schools all that time. The kids fell behind. They’re never going to get that back.”

“I’ve got a feeling if enough of the school districts would have banded together and been like ‘No, this is what needs to happen,’ then they could have maybe changed the minds of [state leaders].”

Cox believes the pandemic was used as a scare tactic, and admitted while there have been a lot of fatalities, he attributes a quarter of the state’s COVID-19 related deaths to COVID and the rest due, in part, to underlying issues.

“A lot of people say that COVID deaths were put on almost all death certificates at the time of passing,” he said. “It didn’t matter. If you died of a heart attack but there was a possibility it was because of COVID, they put COVID on there.”

For him, schools can also provide other benefits such as a respite from potential home issues as well as providing food for students who may need it. He also liked the social aspect school brings.

He wants to foster a healthy teacher-board environment and wants teachers to communicate their needs, and at the same time he wants the board to have some input in what happens in the classroom. He also wants the next superintendent to know the school board has final say, but that the more input he gets from all parties he receives the better.

“It’s always good to have input,” he said.

To that effect, he wants open communication between parents and the school board, and said he wants parents to feel comfortable talking with members of the board.

If elected, this would be Cox’s first time serving.

“It’s all going to be based on having the right people on the board,” he said. “It’s going to take enough people to band together and be in support of stuff.”

He also believes compromise is key as long as it benefits the district.

“At the end of the day it’s all about the school district, the parents,” he said. “… The kids are obviously first, but the parents come first right behind the kids because they’re the ones that are sending their students to us and trusting us with them.

“And then … the teachers are a very important part of it.”

Cox described the current makeup of the school board as “just a couple people that have all the say and the others follow” and said the board can’t stay on the same path forever.