Gary Lerud, a man who describes himself as a “very firm conservative” is running for a position on the Albert Lea school board.

“My number one concern is the kids and the critical race theory and the woke-ism and all this leftist garbage that I don’t want to have happen in the school,” he said. 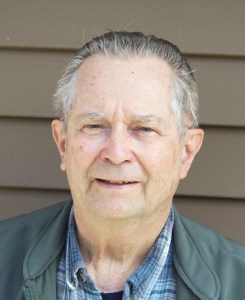 Before a school board meeting earlier in the year, Superintendent Mike Funk  said critical race theory was not included in the curriculum.

“I’m not sure I trust everything he says,” Lerud said. “I know that the radical left is not going to quit. They’ve already attempted once to introduce something in the Minnesota state Legislature and fortunately it was defeated and it was just another form of critical race theory.”

Lerud was referring to a proposed bill that would have required students to complete an ethnic studies course “with a focus on the experiences and perspectives of people of color within and beyond the United States.” And that was something Lerud was against.

“Ethnic studies is nothing but a smokescreen for exactly that, critical race theory,” he said.

Lerud also wants to introduce a truthful curriculum, which he defined as history, science, math and other subjects that hadn’t been “polluted by stuff from the radical left.”

“In the inner cities, they have tried to introduce the fact that our history is flawed and we should not be proud of our history because it contained slavery and various other kinds of mistreatment,” he said. “But it doesn’t. The kids need to learn the true history that’s what really happened down through the ages.”

He also argued politics should not be brought into the classroom.

Lerud felt the federal and state governments should not have much input in what students were being taught and believed the school board and parents — along with the superintendent — should decide.

“Currently there are many radical left factions that want parents out of it — they should not even have a say in their schools,” he said.”Let’s face it. Parents should have a lot of say because [it’s] their kids.”

In a letter announcing his candidacy, he said the Founding Fathers never intended for the government to run children’s education.

“Again, the radical left would like the government [to] completely control education, especially federal government,” he said. “As a veteran, over my dead body will I allow that.”

Instead, Lerud wants education to be left to the states.

He described the current state of Albert Lea Area Schools as “excellent” and wants to keep them that way. He believes he can do so as a watchguard by serving on the school board.

“What I will probably do is I’ll probably sit-in on some classes, so I can learn more about what’s presently going on because before I open my mouth in a meeting on an issue, I want to know what I’m talking about,” he said. “The best way to do that is to attend some classes so I can see what the various teachers are doing.”

He said the district has some excellent teachers, but wasn’t sure if every teacher was excellent.

“Just like any other occupation, you’re always going to have some that aren’t quite so great,” he said.

Lerud also wants to work with other board members, even if it means working with people he philosophically disagrees with. And he wanted to apologize for not already being on the board and being involved with the search for the next superintendent.

Lerud, who said he has attended board meetings for a year now, used to work in receiving at Hormel.