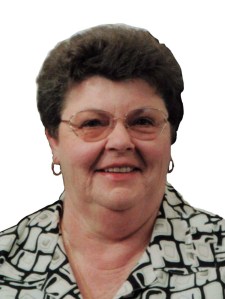 Sharon was born April 15, 1941 in Steele City, NE to parents William and Caroline Lampe. She grew up in Washington Kansas and graduated in 1959 from Washington High. She was active in the student council and was elected homecoming queen her junior year. After graduating she attended Cosmetology school and opened a shop afterwards. She married Lyle Thomas Dickson also of Washington on January 5, 1963 at Good Shepherd Lutheran Church. They moved to Omaha NE in 1963 and started a family together. Sharon enjoyed sewing, gardening, flowers and reading recipe books. She loved to cook and bake. In 1976 they moved to Albert Lea MN where she raised her family. She was a member of Grace Lutheran Church and actively volunteered. Her favorite thing to do was spend time with family and friends.

Sharon is survived by her children, Shelly Dickson of Woodbury, MN, Kelly (Amy) Dickson of Big Canoe GA and Scott (Suzanne) Dickson of Albert Lea MN along with nieces and nephew.

The family would like to thank St. Croix Hospice, Danielle, Kylie and all staff along with the Thorne Crest staff for all their support during these past few months.

A small family service will be held in Washington KS at a later date.