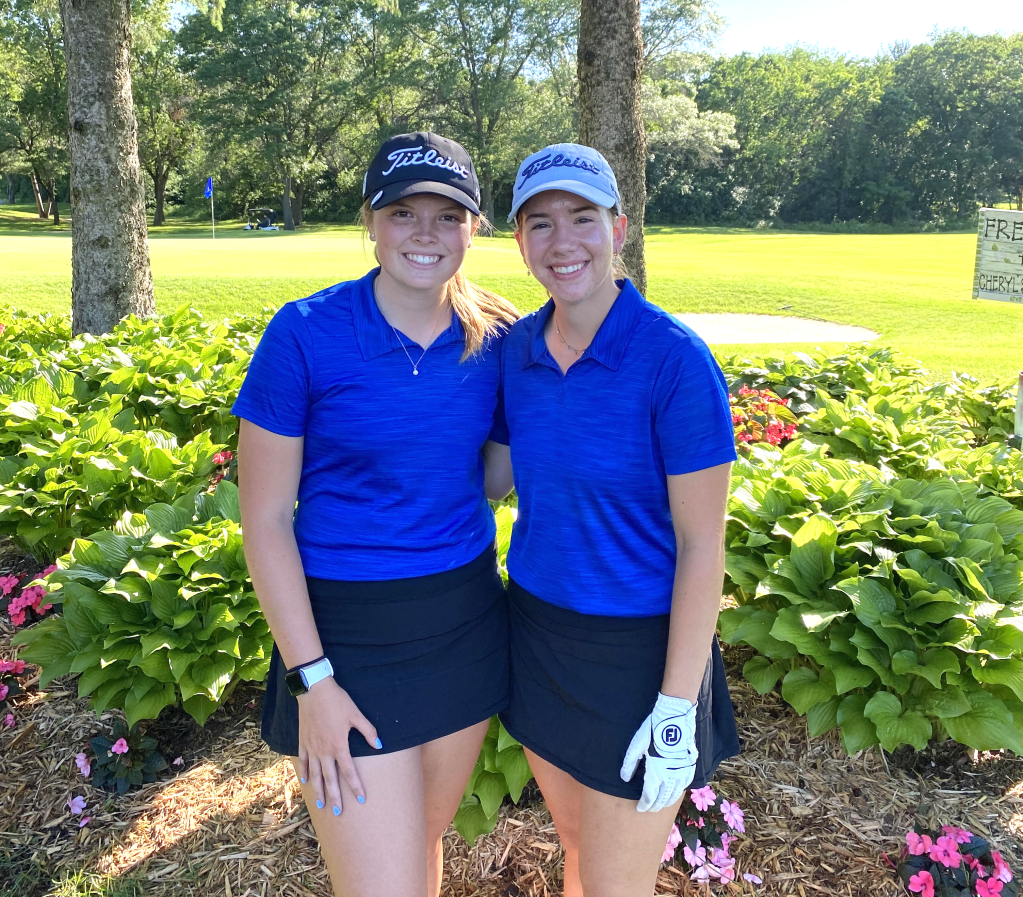 “Alyssa played steady through the two days of tournament play,” Riebe said. “She really felt she could have scored better and didn’t have her best game, but really put together a good couple rounds to finish right in that top third of the competition.”

Riebe said Jensen has been a steady player all year and can take away a lot to be proud of this season.

“Winning the conference and section tournaments is an amazing accomplishment,” he said. “Then finishing around that top third in state in her first visit there is solid.”

The coach said Mullenbach struggled the first day with her swing and it shook her confidence a little, but she bounced back and knocked 19 strokes the second day.

“She worked out her swing on the range before day two and showed how she can really play,” he said. “That second day score is very impressive. She played much looser that second day and really looked like the Whitney we saw this season.”

The coach said it has been a fun season seeing Jensen and Mullenbach put their names out as great golfers in the state.

“These girls work hard and play a lot of golf,” he said. “It is great to see that hard work pay off for them. They are leaders on this golf team, and I see their example influencing others on the team. They will both be playing a lot this summer and I expect even bigger things next  year for the senior golfers.”