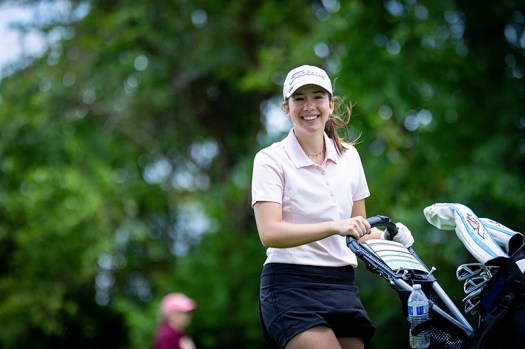 Alyssa Jensen smiles after a good tee shot in Cannon Falls Thursday. She won the section tournament and will be going to state for the Tigers along with Whitney Mullenbach. Photo courtesy Laura Mae Photography 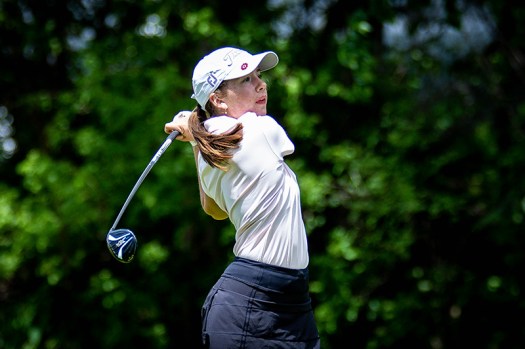 Alyssa Jensen tees off on the 10th hole on Thursday in the tournament. She won the section tournament and will be going to state for the Tigers along with Whitney Mullenbach. Photo courtesy Laura Mae Photography 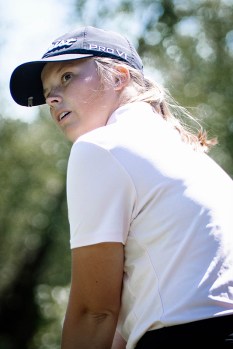 Whitney Mullenbach checks her shot before teeing off on a tough hole at the section tournament. She placed fourth and won a spot in the state meet June 14 and 15 at Bunker Hills. Photo courtesy Laura Mae Photography 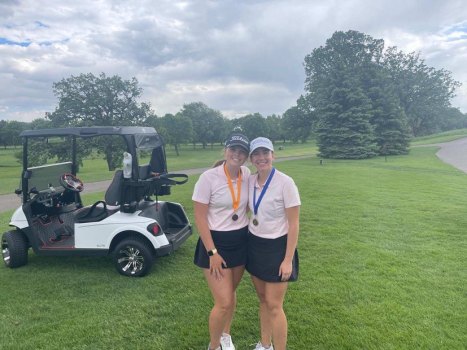 The Albert Lea girls golf team played the final round of sections Thursday in Cannon Falls and finished third as a team shooting a 738.

Coach Shawn Riebe said the girls made a great second day charge shooting 22 strokes less on day two with a 358.

Lakeville South won with a score of 725, and Northfield won second at 730.

“We played really well as a team today and closed the gap on both of those teams,” he said.

Alyssa Jensen won the two-day section tourney today shooting a 161. Riebe said this was the first time in his career that Albert Lea has had an individual section champ.

“Alyssa played amazing and put together two really well played rounds of 83 and 78 on a really tough course in difficult conditions,” he said. “It was really fun to watch her keep her emotions so even and really attack the golf course.”

Whitney Mullenbach also qualified for the state tourney shooting a 170 and finishing in fourth place.  She shot an 89 and 81.

“Whitney really showed a lot of mental toughness coming from an 89 and playing eight strokes better when it really counted in the finals,” Riebe said. “Whitney really kept herself in check today and played intelligent golf.”

Ashlyn Berven had the big turn around with a 98 Thursday after shooting a 117 on day one. Jessica Vogt also scored both days for the Tigers with a 104 and 101.
“I am really excited for the girls going to state,” Riebe said. “They have worked really hard and it is nice to see hard work pay off with success. I am looking forward to watching them take in the moment at the state tournament.”