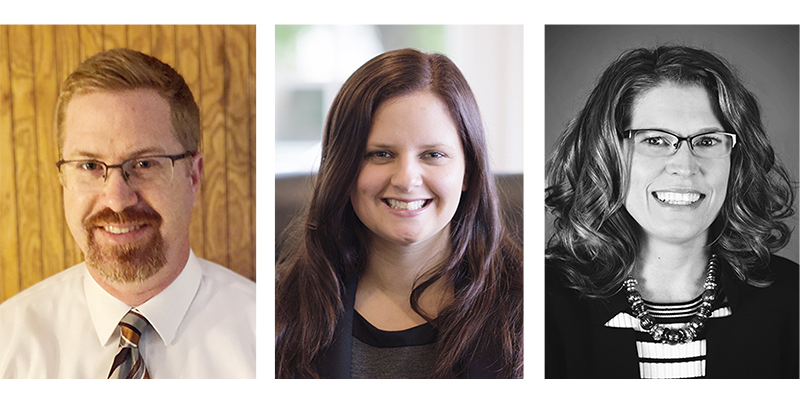 The Commission on Judicial Selection announced today that it is recommending three candidates for consideration to fill a vacancy in Minnesota’s Third Judicial District.

The vacancy will occur upon the retirement of the Honorable Kevin A. Lund. The seat will be chambered in Austin in Mower County.

Clinefelter also served as an assistant county attorney and a conciliation court referee in Mower County, and he is the chair of the Tenth District Ethics Committee.

Clinefelter’s community involvement includes serving on the board of KSMQ Public Television, Cedar Valley Services, and the Austin Youth Soccer Association. He was also a member of the Michael H. Seibel Family Visitation & Exchange Center Consortium.

It also includes Natalie Martinez, an associate attorney at Donnelly Law Office, and a part-time public defender in Freeborn County, and a Mower County conciliation court referee. She works primarily in the areas of family law, criminal defense, and child protection. Martinez previously was an attorney with Southern Minnesota Regional Legal Services, providing representation to victims of domestic abuse in family law matters. Her community involvement includes volunteering with her local community theater, holding various leadership positions within the Freeborn County and Tenth District Bar Associations, and serving on the boards of the First Lutheran Church and the Crime Victim’s Crisis Center.

The third includes Stephanie Haedt, an attorney and shareholder with Peterson, Kolker, Haedt & Benda, Ltd., where she serves as the chief financial officer and ethics counsel for the firm. Her practice includes representing clients in employment, business and corporate, family, contract, estate planning, medical assistance, civil litigation, and municipal matters. Haedt was previously an attorney with the Cooper Law Firm in Minneapolis.

Her community involvement includes serving on the Albert Lea-Freeborn County Chamber of Commerce, the Austin Human Rights Commission, and the Freeborn County Bar Association. Haedt also serves as a mock trial judge for the Minnesota State High School League. She has been recognized as a Minnesota Attorney of the Year, an Up & Coming Attorney, and a Top Woman Attorney in Minnesota, and she has received the Third Judicial District Pro Bono Award.