A Freeborn County woman seeking election to the District 2 commissioner seat said she has wanted to run for office for the last decade, and with the retirement of longtime Commissioner Dan Belshan, the timing is right for her to give it a try. 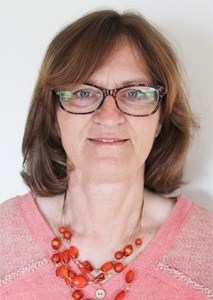 Dawn Kaasa, who lives east of Glenville, is a lifelong resident of the county and was raised on a crop and hog farm. She is the third generation of her family to live in the county.

She said she was interested in running for office because she has always loved serving on boards and helping where she could.

Over the years, she has served as president of the preschool board in Glenville, on church councils and now as vice president of the Hillcrest Cemetery board. She has also helped with youth groups, Glenville-Emmons band boosters and Girl and Boy Scouts.

“I just like working with people to make things better for the community,” she said.

Kaasa said communication is critical on boards, along with being willing to talk to people and work with them.

Kaasa and her husband, Tim, have three children, Kellen, Taryn and Devin, and three grandchildren.

She said she was a stay-at-home mom until her youngest went to junior high, at which time she worked in the library at United Preschool and then at Bayview-Freeborn Funeral Home. She now works through Special Olympics Minnesota in data entry from home and has also volunteered in numerous capacities with the organization.

Every job she has had, she said, has centered around data privacy and attention to detail.

When it comes to Freeborn County, Kaasa said she thinks the biggest thing the board is facing currently is getting a new administrator with the resignation of Tom Jensen.

She said as a commissioner she will be someone who thinks about the efficient use of tax dollars and who will remember to think about how decisions impact on a long-term basis as well.

She noted she is also willing to listen, to be open-minded and to compromise with others in the role.

“You have to be focused on the betterment of the county, you can’t go on there for personal reasons — you need to want the community as a whole — the county as a whole.”

She is also not afraid to ask questions.

“The most people can do is say no,” she said. “The better informed the board and voters are — the better we can work together for the betterment of the whole county.”

Though Albert Lea is the county seat and her district includes parts in both the city and the rural areas, Kaasa said her heart is with the rural communities.

“Our little towns need to be spoken up for, too,” she said.

Kaasa said she is excited about the possibility of having some women on the board of commissioners as there are two other women in addition to herself running for office.

“Men and women look at things differently, so I think it’s kind of nice to have the different perspectives,” she said. “Maybe I would offer a thought process someone didn’t have.”

Overall, she said there just needs to be people willing to work together for the betterment of the whole county.

Kaasa will face off against Steve Kluver, Henry Tews and Scott Woitas on Aug. 9 for the seat. The two with the most votes will move on to the general election in November.