Hanson to continue fight for Senate District 23 seat: ‘We need people with a spine’

Despite losing the Republican Party endorsement for the District 23 Senate seat in March, Lisa Hanson has decided to move forward with her fight to be elected to the Senate. 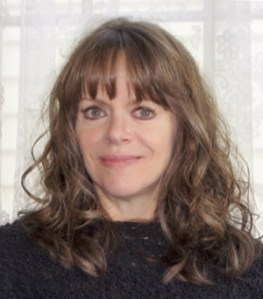 Hanson filed for the seat Friday and will face off against Sen. Gene Dornink in the Aug. 9 primary.

Hanson, 57, who has been a outspoken voice since opening The Interchange Wine & Coffee Bistro for indoor dining in defiance of state mandates during the COVID-19 pandemic, said she has received extremely strong support before she announced she was going to run for office and has had many people ask her to run.

“We need people with a spine, and we need people who know how to use it,” she said. “This is what the people are asking for — they want someone who can make a difference, who won’t just go along to get along.”

He went on to ask her how many delegates were in the district and then took that number divided by the voting population. He said the delegates only accounted for about 1% of the voters and that he thought the other 99% should have a chance to pick who they want in office.

“I thought, ‘Wow, that makes a lot of sense. …” she said. “Let the people decide at the primary. Let the voters outside of the delegates and alternates decide. The delegates make up a tiny percentage of the voters.”

Hanson said she was pleased she received about a third of the votes during the endorsing convention against Dornink, despite being in jail during the caucus as part of her sentence for opening her restaurant.

She said she has also been impressed with the turnout at party events, especially the number of delegates and alternates who were participating for the first time.

“We want change,” Hanson said. “We want people that will take it all the way — take it as far as it needs to go … and who will fight for our children and grandchildren.”

Hanson, who lives in rural Hayward, said she was born in California and over the years has also lived in Missouri, Arkansas and Minnesota.

She married her husband, Vern at 18 and has lived in the area for about 30 years. She has eight children and 12 grandchildren.

She and her husband have owned A-Best Sew & Vac in Albert Lea for most of that time.

Aside from their businesses and their family, she said she also volunteered in a local church, running the children’s ministry there.

She said she got to know a lot of people through The Interchange, which she took over in 2013 and expanded to include breakfast, lunch and entertainment, drawing on things they saw in other coffee shops around the country and the world. She enjoyed meeting many people through the business and being a part of the downtown in Albert Lea.

As a candidate, she said she has proven she will stand up for liberty and freedom at all costs and that she will defend family values

“I didn’t have to do what I did,” she said. “In fact, it would have been a whole lot easier to walk away … but I had to do the right thing.”

She said she is excited to pick up where she left off, meeting people throughout the district, whether they be dairy farmers, business owners, factory workers, teachers or attorneys.

“What a lovely community we have,” she said. “We have people who love their God, love their country and love their families. … They just want to live their lives without all this government overreach.”

She noted Dornink and his wife have been friends of her family for many years, and the only reason she is running against him is because she thinks he is not doing the job he was elected to do.

She said the Founding Fathers said it was the duty of the people to hold elected public servants accountable.

“Minnesota government has gone rogue, abusing and stripping unalienable God-given rights from the people, unlawfully converting ‘Color of Law’ to their own form of ‘Rule of Law,’” she said. “According to our Founding Fathers, when this usurpation occurs, it is our right to alter or abolish it, and institute new government.”

“It’s critical we all take a part in maintaining our liberties and our freedoms,” she said.

A statement from the Freeborn County GOP Party criticized Hanson’s decision to continue her run for office.

“Sen. Gene Dornink is the Republican-endorsed candidate for Senate District 23, and should be the only Republican running,” it said. “Lisa Hanson’s decision, which, like every other decision made by her campaign, has been influenced by outside people and groups seeking to take advantage of, and make money off her, is poorly formed. We encourage Lisa to reverse course immediately before the deadline to take her name off the ballot passes.”

The statement said the endorsement process is in place for a reason and it is there to prevent the party from needing to spend resources on intra-party battles rather than against the opposing party.

“Lisa ran for the endorsement and participated in every step of the process,” the party said in the statement. “However, at the end of the day she still came up short in a convention that had the highest turnout for an endorsing convention in this area in recent history, and Gene Dornink won decisively on the first ballot.”

The party encouraged Hanson to withdraw her candidacy and said if she decides to continue, the party is prepared to defend its endorsement in the race.