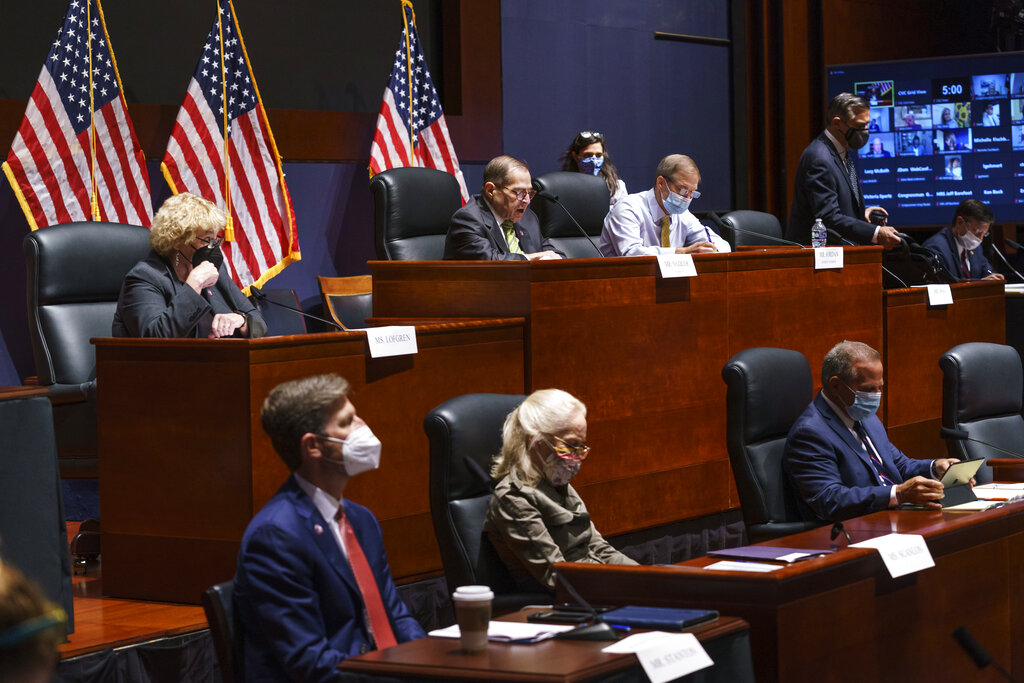 WASHINGTON — The House is beginning to put its stamp on gun legislation in response to mass shootings in Texas and New York by 18-year-old assailants who used semi-automatic rifles to kill 31 people, including 19 children.

The House Judiciary Committee will hold a hearing Thursday to advance legislation that would raise the age limit for purchasing certain semi-automatic rifles from 18 to 21. The bill would make it a federal offense to import, manufacture or possess large-capacity magazines and would create a grant program to buy back such magazines. It also builds on the executive branch’s ban on bump-stock devices and so-called ghost guns that are privately made without serial numbers.

The Democratic legislation, called the Protecting Our Kids Act, was quickly added to the legislative docket after last week’s school shooting in Uvalde, Texas. A vote by the full House could come as early as next week.

With Republicans nearly in lockstep in their opposition, the House action will mostly be symbolic, serving to put lawmakers on record about gun control ahead of this year’s elections. The Senate is taking a different course, with a bipartisan group striving toward a compromise on gun safety legislation that can win enough GOP support to become law. Those talks are making “rapid progress,” according to Sen. Susan Collins of Maine, one of the Republican negotiators.

But Rep. Jerrold Nadler of New York, the Democratic chairman of the House Judiciary Committee, defends the proposals as popular with Americans. He says it’s time for Congress to act.

“You say that it is too soon to take action? That we are ‘politicizing’ these tragedies to enact new policies?” Nadler said in prepared remarks for Thursday’s hearing obtained by The Associated Press. “It has been 23 years since Columbine. Fifteen years since Virginia Tech. Ten years since Sandy Hook. Seven years since Charleston. Four years since Parkland and Santa Fe and Tree of Life Synagogue in Pittsburgh.”

He added: “Too soon? My friends, what the hell are you waiting for?”

Rep. Jim Jordan of Ohio, the ranking Republican on the committee, told Fox News he’ll press his GOP colleagues to oppose the bill.

“I’m going to do everything I can to encourage my colleagues to oppose this … hodgepodge of bills that I don’t think would have made one difference in tragedies that we’ve seen recently,” Jordan said.

Any legislative response to the Uvalde and Buffalo, New York, shootings will have to get through the evenly divided Senate, where support from at least 10 Republicans would be needed to advance the measure to a final vote. A group of senators has been working behind the scenes this week in hopes of finding a consensus.

Ideas under discussion include expanded background checks for gun purchases and incentivizing red-flag laws that allow family members, school officials and others to go into court and secure an order requiring the police to seize guns from people considered a threat to themselves or others.

“There’s a tenor and tone, as well as real substantive discussion that seems different,” he said.

Blumenthal has been working with a Republican member of the group, Sen. Lindsey Graham of South Carolina, on a proposal to send resources to the states for red-flag laws. He said he was “excited and encouraged” by the response from the group.

“It really is time for our Republican colleagues to put up or shut up,” Blumenthal said. “We’ve been down this road before.”

President Joe Biden was asked Wednesday if he was confident Congress would take action on gun legislation.

“I served in Congress for 36 years. I’m never confident, totally,” Biden said. “It depends, and I don’t know. I’ve not been in on the negotiations as they’re going on right now.”