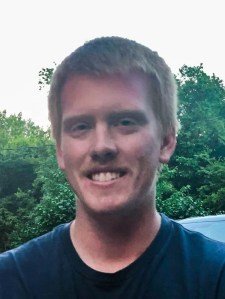 Hunter Lee Robertson was born in Albert Lea on November 27, 1999 to Patrick and Kristine Robertson. He grew up in Glenville and graduated from Glenville-Emmons High School in 2018. During high school he worked at Knaack Dairy farm. After high school, he attended Riverland Community College where he made the dean’s list and earned his degree as a diesel mechanic. After college he worked as an intern at Legends Repair in Blooming Prairie and continued working there after his internship as a diesel mechanic.

Hunter had a passion for building and repairing trucks and built his first diesel truck. He loved everything about the outdoors including hunting, fishing, snowmobiling and dirt bikes. He was looked up to by many and was a great friend to all. He had many goals in life including buying an acreage and he achieved all of them in a short time. Hunter would often say, “I’m living my best life.”

He is preceded in death by his grandparents, Diane and Dennis Baseman; grandfather, James Robertson.