Kimberly Kay (Keesling) Porter, 57, passed on June 13, 2022 after a 13 month battle with cancer. She passed at home, on the farm she loved, following four days surrounded by family and friends. 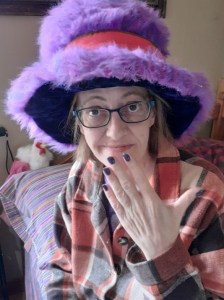 Kim was born on August 27, 1964 to Ken and Betty Keesling at Naeve Hospital in Albert Lea, Minnesota. She was the 4th of 5 children who were all raised in Hayward, MN.

She graduated from Albert Lea Senior High School in 1982.

Kim lived much of her life in the Albert Lea area working at various jobs mainly involving cooking, which she loved and was known for. She never hesitated to share her skill and talent telling everyone her secret to being a great cook, “The first ingredient is always Love.”

On November 26, 1988, she was married to Keith Porter Jr at the Little Brown Church in Nashua, IA.

While raising a family, she decided to follow a dream and went back to school. She worked and attended school full time and obtained her RN degree in 1993. She loved nursing, particularly working with senior citizens at St. Johns Nursing Home. She worked as a nurse and nurse manager there until leaving in 2014.

In January 2014, she pursued another passion, cooking, when she and her husband Keith bought The Sportsman’s Tavern in Albert Lea. There she wowed her customers with her made from scratch soups, salads, and daily specials. She enjoyed gardening, crafting, cooking, fishing, and spending time with family and friends.

She is also survived by many nieces, nephews, nine grandchildren, numerous Godchildren, family and friends.

Visitation will be held on Saturday, June 25th from 10am to noon at Bayview Freeborn Funeral Home, 1415 Highway 13 North, Albert Lea, MN.

Following a brief service, a celebration of life gathering will be geld at the home she loved, 20319 767th ave, Albert Lea, MN.