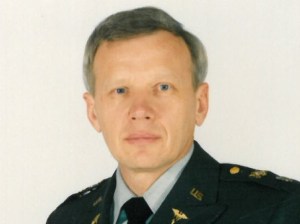 Lieutenant Colonel Rodney Peter Schultz, 76, died peacefully on February 27th surrounded by his family at the Iowa Veteran’s Home in Marshalltown, IA, where, as Lieutenant Colonel, he held the highest military rank of any resident in the facility.

Rodney Peter Schultz, the son of Peter and Beatrice Schultz, was born on December 13, 1945 in Albert Lea, Minnesota. Rodney and his family lived in Freeborn, Minnesota, and he graduated from Freeborn High School in 1963. After high school, Rodney enlisted in the United States Navy and served for four years. He then attended Mankato State University, where he earned his Bachelor of Science in nursing.

While in nursing school at Mankato State, he also met the love of his life, Linda RaNaye (Savoy) Schultz. They were married on September 5, 1970, at Trinity Lutheran Church in St. Peter, Minnesota. After marriage, Rodney and Linda continued to work as nurses at Immanuel Hospital in Mankato until 1973, when they moved to Iowa City, Iowa. They had two wonderful boys, Timothy Peter Schultz and Thomas Alan Schultz.

Rodney then worked for 22 years as a Registered Nurse in the operating room at the Veterans Administration Hospital in Iowa City. He also continued his military service, serving 20 years in the United States Army Reserves and the 73rd combat support hospital out of Cedar Rapids, Iowa. He retired as a Lieutenant Colonel after having earned numerous medals and distinctions.

Rodney was a true athlete and outdoorsman. He loved to run, play softball, golf, basketball, and fish. More than anything, he loved spending time with his sons and instilled a love of fishing and the outdoors in Tim and Tom. Anyone who met Rodney immediately knew he was an avid Iowa Hawkeye fan. It was rare to find Rodney not decked out in black and gold. Rodney was also a member and officer of the American Legion and the City High Little Hawks Club.

Rodney’s career was sadly cut short and his life changed forever due to a terrible automobile accident in 1995. The accident left him paralyzed (quadriplegic) due to a traumatic brain injury.

Nonetheless, Rodney was truly a bright light at the Iowa Veteran’s Home, where he resided for more than 21 years. Everyone at IVH knew Rodney and would say hello and salute him when they passed. Though he could hardly speak due to injuries from his accident, he still brought joy and a smile to the faces of all his caregivers and visitors, always telling them they “looked good”, “were doing a great job” and to “continue on solider”. He was a charming and kind man even in his last days.

Rodney was preceded in death by his wife, Linda Schultz, his father and mother, Peter and Beatrice Schultz, his brothers, Timothy Schultz and David Schultz, and his in-laws, Felton and Pearl Savoy.

Rodney’s cremains will be place in the Columbarium next to his wife at the New Ulm City Cemetery in New Ulm, Minnesota. Mvfh.org