Man charged after 50-pound meth bust on I-35

A Big Lake man is facing a charge of first-degree controlled substance crime after he was reportedly found with 50 pounds of methamphetamine during a traffic stop on Interstate 35 last week. 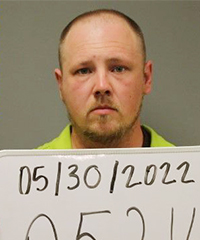 Court documents state a Minnesota State Patrol trooper pulled over Tyler Scott Boeck Anderson’s vehicle on May 30. The trooper had reportedly received information from a drug task force agency that a vehicle was transporting a large amount of narcotics from Phoenix to Minnesota.

At about 5:42 p.m., the trooper located the vehicle northbound on I-35 near mile marker 2 in Freeborn County. The vehicle was reportedly following another vehicle dangerously close with less than one car length in-between. It was also reportedly changing lanes, and signaling the change while making it.

After pulling over the vehicle, the trooper asked Anderson for the driver’s license and proof of insurance.

Anderson, 33, was able to identify himself with his driver’s license but did not have proof of insurance.

Court documents state he was nervous, talking fast and his hands were shaking.

He told the trooper he was coming from Des Moines where he had gone to buy sneakers for his business and at first said he was there for a day and then changed it to say it was a two-day trip.

The trooper noticed an overwhelmingly strong odor of cleaning solvent mixed with gasoline coming from the car.

A K-9 officer alerted on the vehicle between the seat and pillar with a focus on the rear passenger side door. The trooper also saw a newly purchased tool kit and numerous small washers lying in the vehicle. A fuel pump was still in the box and a puddle of suspected oil was coating the bottom fo the spare tire.

It was later discovered each door panel concealed a large amount of meth in heat-sealed packages.

The total weight was 50 pounds, and there was also an uncounted number of fentanyl pills.

He is slated to be back in court Tuesday afternoon.