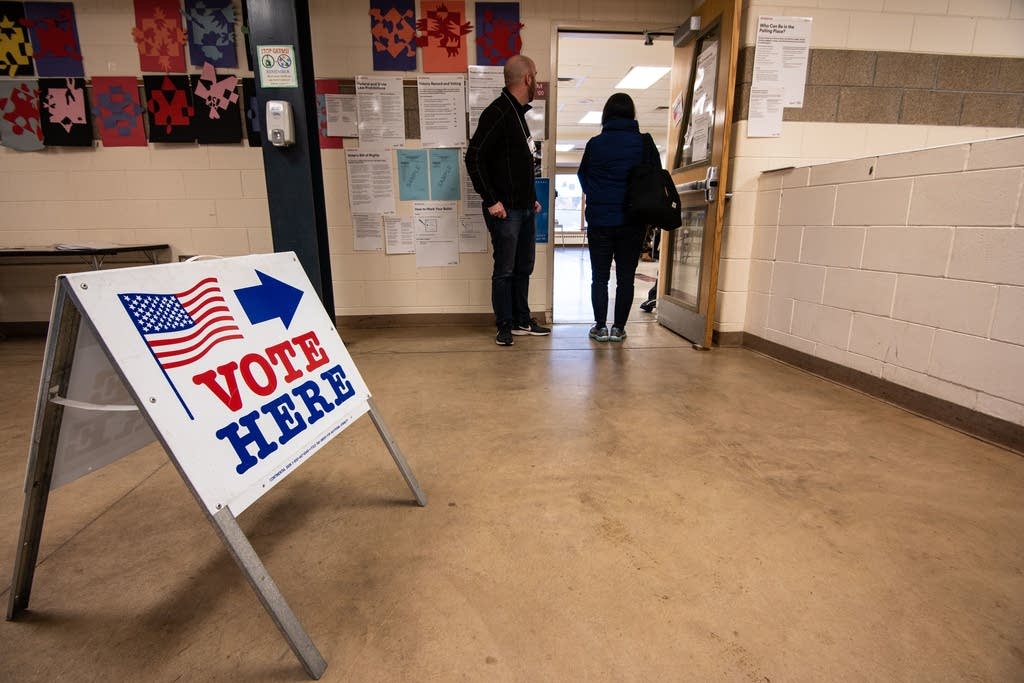 A voter enters the room to vote at Whittier International Elementary School in Minneapolis to vote in the presidential primary on March 3, 2020. Tom Baker for MPR News 2020

By the time Minnesota usually gets a say in presidential nominating contests, once-bulging fields tend to be winnowed way down.

Iowa, New Hampshire, South Carolina and Nevada — the traditional first four in the pecking order — deliver knockout blows to candidates who run short of mojo, money or both.

Minnesota Democrats want to leap toward the front of the pack in choosing future presidential nominees. State DFL Party leaders are in Washington to make a pitch Thursday to be an early primary state for 2024 and beyond. If successful and if Republicans also align their calendar, the state could become a magnet for White House hopefuls.

“Minnesota is democracy’s North Star, ready to be a launching pad for the Democratic nominating process,” St. Paul Mayor Melvin Carter says in a promotional video included in Minnesota’s bid to become one of the first four states on the calendar. It highlights measures of geographic and ethnic diversity, high voter turnout, robust union membership and party success in recent times.

Carter concludes in the video: “We’re a microcosm of the country and a perfect place for presidential candidates to show they can build coalitions that will win national elections.”

It’s part of a pitch to the Democratic National Committee’s Rules and Bylaws Committee, which will hear presentations this week from 17 states and territories.

The selection committee could render an initial verdict in July. A final party decision is expected in September.

In the Upper Midwest region, Iowa wants to keep its leadoff status. But Illinois and Michigan are also part of the early-state chase.

Wisconsin Democratic Party Chair Ben Wikler didn’t apply. But he wants a neighbor to get the nod. He wrote a letter of support for the Minnesota and Michigan bids, citing similarities with his state.

DFL Party Chair Ken Martin is driving the Minnesota effort. Unlike some other party chairs who are seeking to put their states first, Martin says any slot in the first four would work for him.

“If they want to put us last or first or somewhere in between, we’re somewhat ambivalent on the timing on it. But we do want to be one of the early states,” Martin said.

To him, it’s more than just a state party looking to puff up its status.

“Minnesotans of all political parties and persuasions would benefit from having the primary here. They would play a huge role in helping to shape the contours of this race and to really play in some ways a decisive and early role in making sure that our voices are lifted up.”

It won’t just be Democrats with a big say.

Minnesota has a law that dictates how presidential primaries are conducted. The default date is the first Tuesday in March, but the major parties can move it up through joint agreement of the chairs. That call has to be made early next year.

As the party outside of the White House right now, Republicans know they’ll have a contested nominating race in 2024. A consequential primary in Minnesota could give the GOP here plenty of candidate attention and early investment that can pay off later.

Martin has had a preliminary conversation with Minnesota Republican Party Chair David Hann. So far Hann is noncommittal.

Hann said he wants to be certain any calendar change would conform to his own party’s rules. Agreeing to move up Minnesota’s primary without clearing it with national Republicans could cost the state GOP national convention delegates.

But he’s willing to hear Martin and Minnesota Democrats out.

“We’ve just had a general discussion where they’ve told us they’re interested in pursuing that within their party. And so we’re kind of taking a wait and see until they get through that and they’ll let us know if they have something in mind,” Hann said. “And when they have something concrete, we’ll get them a formal response.”