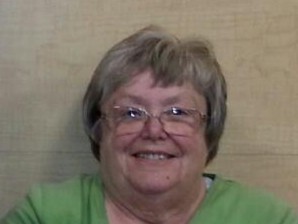 She was born on October 16, 1947 in Albert Lea, MN to Norman E. Oakland and Deloris D. (Freeman) Oakland. Nancy was confirmed at First Lutheran Church in Albert Lea. After graduating from Albert Lea Senior High School, she became a Licensed Practical Nurse and went to work at Methodist Hospital in Rochester, MN, which later became a part of Mayo Clinic. She continued to work there until she retired in 2007 After retirement, she worked part time at Walmart and Hy-Vee. She especially enjoyed being the sample lady at Hy-Vee. She was a member of Civitan for many years. She liked doing crafts, and also enjoyed going to craft shows, especially with her aunt Elaine. She loved planning and attending family reunions. She also loved Christmas.

A Celebration of Life will be held on Sunday, June 12, at 1:00 pm at the Swensrud Park in Northwood, Iowa.

Cards and letters may be sent to Mahn Family Funeral Homes at 1624 37th Street NW, Rochester, MN 55901. To be forwarded to the family.