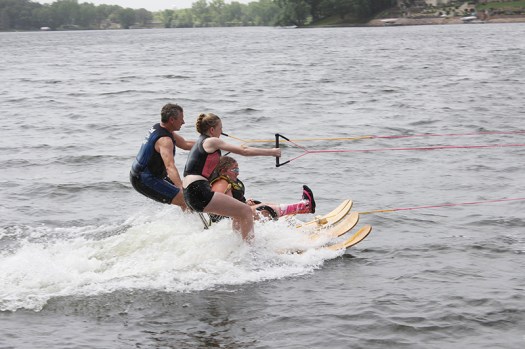 This participant with Ironwood Springs Christian Ranch was the second out on Edgewater Bay and was excited to try it out. Marissa Hanson/Albert Lea Tribune 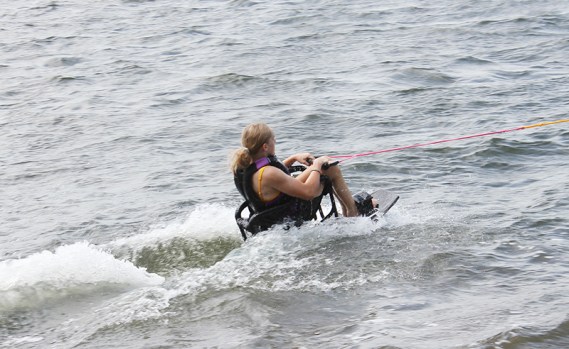 A participant is trying out the skiing solo. Marissa Hanson/Albert Lea Tribune 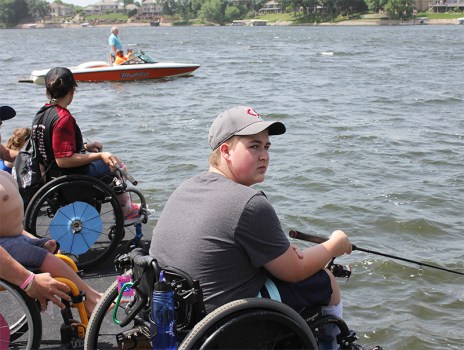 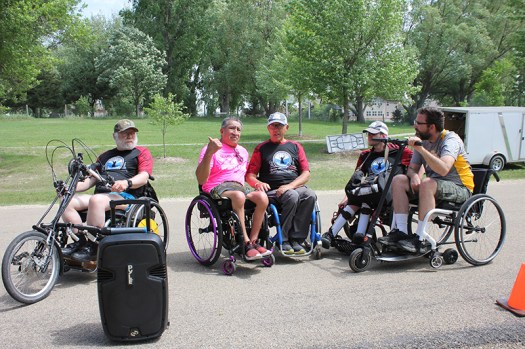 The founder of the camp, Bob Bardwell and his friends hung out on the road keeping an eye on the day, making sure everything went well. Marissa Hanson/Albert Lea Tribune 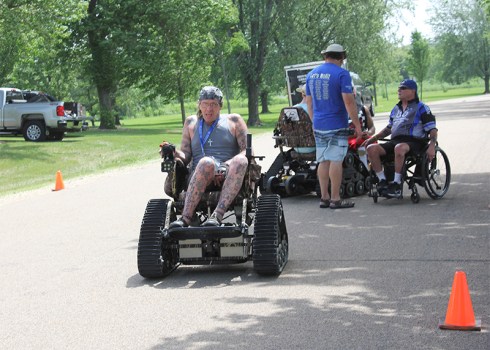 Some others choose to check out the new trail chairs. They were joked to be tanks by multiple participants and volunteers. Marissa Hanson/Albert Lea Tribune 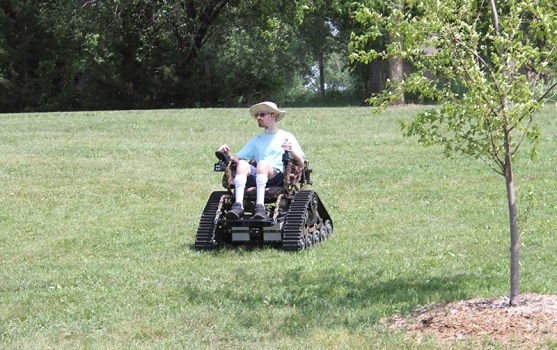 One of the participants puts the trailchair to the test taking it off roading to test it out. Marissa Hanson/Albert Lea Tribune

Ironwood Springs Christian Ranch was founded by Bob Bardwell in 1976 after he became wheelchair bound in an accident. Since then this ranch has brought people from all over the nation together. Bardwell brought his life motto “Don’t Quit, Finish Strong,” with him when he started the camp, and it is what they live by there.

The ranch’s purpose is to bring people together while fostering independence. It builds relationships from all over the nation, and Program Director Matthew Van Dixom said, “It’s powerful to see how many come back.”

Dixon also said how they get to see people grow up at camp. He had talked about a boy named Payton who started going there as a little kid and is now a college athlete.

At Ironwood Springs, the staff help people with both physical and cognitive disabilities do everything able-bodied people can. They host the National Wheelchair Sports Camp every year, this weekend marking the 36th year. It is a six-day long camp that this year is June 11 to 16.

“[The] goal is to give accessibility and inclusivity to all sport experiences,” Dixon said.

Many people mentioned the obstacle course they had done on the second day, talking about how fun it was, and the volunteers talked about how amazed they were to see the participants navigate the course.

There is also a competition built into the camp with the participants being put into four teams named by colors: blue, green, pink and yellow. Dixon said back in the earlier years of the camp it was very competitive, but that has been phased out mostly with the teams just being used to have set groups for the competitions and for rotations.

At the ranch they celebrate differences and “serve people where they’re at,” he said. They are very family oriented and want to serve everybody.

Dixon talked about how this isn’t a small camp with tiny cabins; the main lodge where all the participants stay is called Miracle Lodge and he compared it to a hotel. The whole camp is full of people at different points in their life from paralympic athletes to young teens, and they are all there to enjoy the company of each other and have a good time.

While in Albert Lea they had their Water Ski Day with the help of the Bayside Skiers. They had swimming, water skiing, fishing, boat rides and the new trail chairs. At the event the participants, family members and volunteers were all excited about the beautiful day.

To kick off the event Dixon spoke to the group about the schedule and reminded them the day was “about relaxation, having fun, getting in the water and fellowship.”