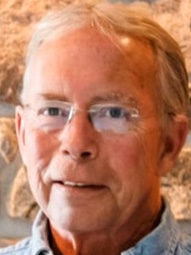 It is with a heavy heart we announce the passing of Steven K. Hendrickson on May 16, 2022, after a brief illness. He was 71.

Steve was born in 1951 to Keith and Betty (Felber) Hendrickson in Albert Lea, MN.

He owned Keith’s Body Shop which was founded by his father in 1972. He ran the business with his dad, then with his son, Jamie, and then on his own until recently. He loved “Meeting People by Accident” and all of the interactions he had with friends, customers and vendors at the shop.

Steve was happiest outdoors: boating, skiing, fishing, hiking and spending time at his cabin. He captured hundreds of pictures on his adventures. Turtles and fish while scuba diving, and chipmunks, birds and other wildlife at his cabin. He also treasured his many trips to Mexico.

While we will miss Steve here on earth, he wanted us all to know his spirit is 6’4” and 230 lbs of pure muscle up in heaven.

Steve is survived by his son, Erik, and his wife, Kelly, and their three sons: Max, Sammy and Will from Redondo Beach, CA. His son, Jamie, and his wife, Andrea, and their four children: Noelani, Alexus, Harper and Erik (EJ) from Woodbury, MN. His step-daughter, Megan, and her three children: Danika, Jerzi and William from Albert Lea, MN. His sister, Cathe, of Gillette, WY. He is also survived by numerous family members and friends whom he held dear.

He was preceded in death by his parents, Keith and Betty.

Steve requested we hold no services for him. He asked that you celebrate him when you walk in nature, take a photo of a beautiful bird, feel the wind in your face as you boat, bike or ski or to simply smile in knowing him.