‘We just have to get out of this ho-hum that Albert Lea is in,’ candidate for mayor says

Ryon McCamish has thrown his hat into the ring to succeed Vern Rasmussen Jr. as mayor of Albert Lea. It was a decision he made after learning Rasmussen announced he would not seek re-election. 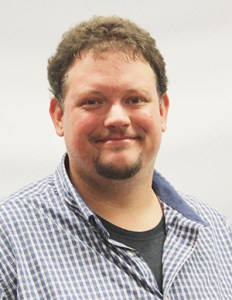 “He had kind of put a bug in my ear a little bit and then made that comment, and I was like, ‘All right, I’ve got some time to consider it,’” he said. “Wanted to give him some time, and then he decided not to run and I”m like, ‘All right, let’s hop to it.’”

McCamish described himself as a forward-thinker who was not surprised about the “great resignation” where people started working from home.

“People realized there’s more to life than working.” he said. “When it comes to societal changes you gotta consider there’s still this massive divide between people.”

By running, McCamish wants to enact change, and said Albert Lea needed someone who was forward-thinking. McCamish has lived in the city for 36 years.

“It’s always been the same; it’s always the same argument: We need more, we need more,” he said. “The only thing that we seem to be bringing in are just jobs, businesses.

“There’s not enough for residents to do outside of events put on by the chamber or put on by the [Convention and Visitors Bureau].”

For him, society is changing and said there needs to be more modern ideas and true equality.

“There is a decent group of people here that do want to see a lot of things come to Albert Lea, but it’s just never happening,” he said. “We need more diversity, we need to just get with the times.”

To support that claim, he pointed to people moving out of the city and county and to larger cities that offer more things to do and have a larger variety of jobs.

If elected, his top priority would be having discussions and civil discourse instead of not engaging.

To do that, he wants to give people an incentive to have that discussion.

“If there is something that residents want and the rest of the City Council doesn’t want to have it, or those people that are complaining, that we have a talk,” he said.

McCamish admitted the current makeup of the council did a good job of having those conversations.

“They’ve brought up some topics that others have balked at, and they’ve done a fantastic job of listening and figuring out what possible solutions are,” he said.

He also wants to bring the community together, and said at the current moment the town was divided politically, societally and ideologically, though he said that divide was happening everywhere around the country.

McCamish admitted repairing that divide would not happen instantly.

“If I’m a one-term mayor and I do just the bare minimum to at least start that discussion, then so be it,” he said. “But I want to see that forward progress.”

He said he would bring in modernized ideas with modern jobs that did not include manufacturing.

“We have a ton of manufacturing jobs,” he said. “There’s just not much here for modern jobs. In fact, I just recently found out we have a car-charging manufacturer here in town from a billboard in Owatonna.”

He did not like the amount of tech jobs in the area, and said any IT jobs he has seen were “few and far between,” were for larger employers or wanted people with four-year degrees and large amounts of experience.

“We need to give the younger people, the ones who only have two years of experience, a chance to thrive in the career they went for,” he said.

He also admitted there was not a short-term solution for attracting companies that could bring in those types of jobs, and said the area needed to build residents with that type of skill set first.

“We just have to get out of this ho-hum that Albert Lea is in,” he said.

He encouraged people to vote for who they thought was right.

McCamish, who described himself as a well-rounded individual with an ability to discuss almost any topic who puts others before himself, is currently a stay-at-home father to two kids, but he also does contracted web development work, which he has been doing for almost two decades.

He has also worked in retail, store management, sales and digital marketing.

McCamish has never held a public office, but is currently on the city’s charter commission.