A lot happening with construction this week 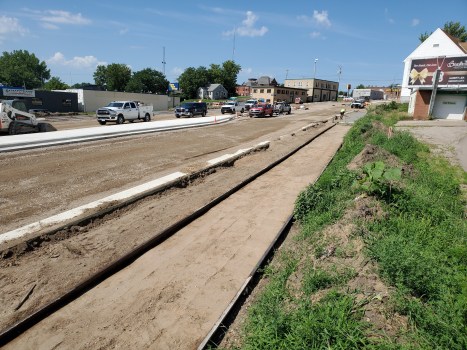 Curbs and gutters, as well as medians were installed on Main Street between Elizabeth Avenue and Newton Avenue. Provided 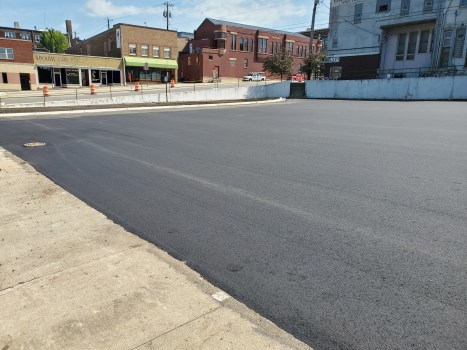 The first layer of bituminous is complete in the parking lot off of West Main Street and Washington. Provided 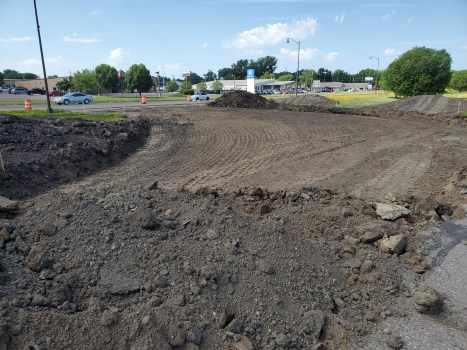 Work is underway in the median of U.S. Highway 65. Provided 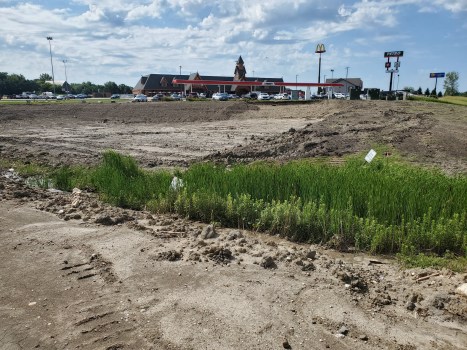 This week the intersection at Blake Avenue was patched and reopened to traffic. Grading work also continued east of Blake Avenue for the new trail.

The first of two lifts of bituminous was installed this week. The second lift is scheduled for early next week followed shortly by the paint striping. The parking lot will be reopened shortly thereafter.

Ulland Bros began removing sections of settled or damaged curb and gutter on Richway Drive and Happy Trails Lane. Replacement is scheduled for early next week.

Crews are welding on the third row of floor shell plates above transition plates, as well as roof plates on ground level.