Donald C. Jensen 76, of Eden Valley, died Saturday, June 4, 2022, at his home on Rice Lake surrounded by loving family. A memorial service will be held on Saturday, July 23, at 11:00 am at Peace Lutheran Church in Cold Spring. A visitation will be held one hour prior to the service at the church. Burial with military honors will be at 2:00 pm in the Paynesville Cemetery following the lunch at church.  Don Carl Jensen was born on September 24, 1945, in Minneapolis, Minnesota to Donald and Marlys (Lockrem) Prosch-Jensen. 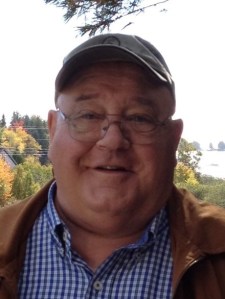 He spent his childhood honing his woodworking skills with his grandfather (Lockrem), a lifelong passion that yielded numerous pieces of furniture, toys and several water craft, including a speed boat and an innovative water sled that carried family and friends across Lake Koronis on countless summer afternoons. He loved to fish and passed on his knowledge of the best fishing holes and techniques to his daughters and grandchildren. Don also loved music, especially folk music, and often filled the house with the sounds of his guitar and banjo. In 1963, Don graduated from St. Louis Park Senior High School and embarked on a career in insurance that spanned 48 years. He took great pride in his role as an insurance manager (CIC), and deeply valued the relationships he built with his colleagues and clients, who he said were like family to him. Don was known for his deep knowledge of insurance, his “this will only take a minute” (an hour or more) meetings, and his genuine care and compassion for others. In 1965, Don enlisted in the Army National Guard, serving until he was honorably discharged in 1971. On February 14, 1966, he was joined in marriage to Linda Burr, noting frequently that this was the best decision he ever made. Don and Linda settled in Albert Lea, Minnesota, in 1974, where they raised their three daughters. In addition to serving his clients, Don devoted time to the American Red Cross, American Legion, Albert Lea Chamber of Commerce, Deer Hunter’s Association, Lions Club, Masons, and Jaycees. In 1997, Don and Linda moved to Rice Lake, near Eden Valley, Minnesota, fulfilling a lifelong dream to live on the lake, surrounded by wonderful neighbors and loving relatives. It is here that Don spent his retirement, spinning wild tales of Walter (the Walleye), serving as President of the Rice Lake Road Association, enjoying the beautiful chaos of family gatherings and relishing the peace of watching the birds from his favorite chair in his den.  Don is survived by his loving wife of 56 years, Linda; daughters, Kristin (James) Heaton of Mansfield, MA, Melissa (Andrew) Losasso of Cartersville, GA, and Donelle (James) Hintermeister of Becker, MN; grandchildren, Ainsleigh, Abigail, Emmi (Gray), Ethan, Samuel, and Sydne; sister, Liane (John) Pfaff; brother-in-law, Kevin (Verna) Burr; sister-in-law Jane Burr and many wonderful nieces and nephews. He is preceded in death by his parents, Donald and Marlys; parents-in-law, Gerald and Iva Burr; brother-in-law, Jerry Burr and nephew, Eric Pfaff.