Guest column: History of Juneteenth and its impact on Minnesota 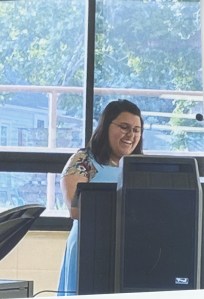 1863! President Abraham Lincoln proclaimed that all Blacks in the Southern Confederate states would be freed; however, this didn’t happen. It would take two years for Texas to free the slaves only because of the Union troops who would march into Galveston, Texas, proclaiming that all Blacks were free and that they should be paid for their work. This date was June 19, 1865, and it would be celebrated and known as Juneteenth.

Today I am here to celebrate alongside you the independence of Black Americans. I ask you, are we currently equals? It has been over 150 years since President Lincoln signed this proclamation and yet, we continue to fight for equality. As a society, if we ever want there to be true equality, then there is much work to be done. Did you know that a famous court case leading to the Civil War and the eventual abolition of slavery had its roots right here in Minnesota?

According to the following August 2019 Star Tribune article, entitled “Slavery made its mark here in MN,” it states, “One of the major provocations that sparked the Civil War, the infamous Dred Scott case, began on Minnesota soil. The litigation concluded in 1857 with the U.S. Supreme Court ruling that African-Americans had no rights that warranted ‘respect’; that slaves were property, not ‘persons’ entitled to legal protection; and that it was unconstitutional to bar or limit slavery even outside of the South.”

This case was known as the Scott v. Sanford case. This case was so important that it made its way to the U.S. Supreme Court. Their decision, in this case, was widely deemed to be the worst decision to ever be made by the Supreme Court. The article then goes on to state: “Scott subsequently sued for his freedom, claiming that his bondage was legally terminated because he had lived for a time in a free area, the pre-1858 statehood territory of Minnesota. This part of the country had been designated by early federal law, the Northwest Ordinance of 1787, as off-limits to slavery, a designation confirmed by the Missouri Compromise of 1820, which barred slavery in the northern portion of the 1803 Louisiana Purchase.”

Before statehood in 1858, it was legal in Minnesota for tourists and temporary residents to bring slaves with them here. And after that practice ended with Minnesota becoming a free state, there was a push to make Minnesota a slave state for the sake of tourism and other economic interests.

I think that it is hard for many of us to think that Minnesota could’ve been a slave state once upon a time. Surely back in 1860, this could’ve been a possibility. The reasoning behind this was that southerners wanted to cross through the state without the risk of getting their slaves taken away.

According to an article by Emily Havik of KARE 11 News from June 2020 and a book titled “Slavery’s Reach” by Christopher Lehman, it states, “In 1860, Minnesota had just elected a Republican governor. Because the Republican Party opposed slavery, Lehman said southerners were worried that if they continued visiting, their slaves would be emanicipated.” Due to this, they decided to have a vote, which states, “Six hundred residents of Stillwater, St. Anthony and St. Paul signed a petition. A proposal went to the state Legislature but failed. The vote was 29-5 in the Senate and 51-18 in the House.” The votes weren’t even close, and the majority of the Minnesota Legislature that voted yes was only because they were making money by doing business with slaveholders.

Even after Minnesota’s status as a free state was defended, the freedoms of Blacks and people of color in Minnesota were limited. Don’t think because we are a Northern state that Minnesota was free of racism. I recently found out about these towns. Do you know what a sundown town was? A sundown town was a timeline of when Black Americans  and people of color had to be out of town. They would have to be gone by sundown. This was something that my mom told me about.

After slavery was abolished, many places became a sundown town, which was a place that was an entire community or even a county that for decades was all white on purpose. These towns would make it nearly impossible for Black Americans to live their lives in peace.

Several Minnesota towns were sundown towns, including Austin. They would intimidate and physically remove the Black families out of town with enough force that they wouldn’t want to return. These Jim Crow laws were ways to segregate not only Blacks but also other minorities from being part of the community.

Towns like these made it impossible for minorities to put roots and create a homestead for their families, which is why there is a lack of diversity in many areas. This negative thinking about Blacks and other minorities being out after dark “to cause trouble” is why to this day we have racial profiling. Our community has years of embedded negative stereotypes about minorities that need to be eradicated and replaced with the richness minorities bring to our community.

Even though we still see some racism in our areas, we see how the different cultures are molding our communities today.

Here in Albert Lea, we have several Asian markets and Chinese and Mexican restaurants.

In Austin, they elected a Black immigrant as their City Council member. His name is Oballa Oballa, and he is a refugee from Ethiopia.

Something else that we do to cherish other people’s cultures is that in Austin, we do Taste of the Nations. This little food festival gives us an idea of different cultures and how they can create different, but still delicious, dishes. We advocate in our schools and have the options of translators; this is a way of showing that we care about diversity.

Due to Juneteenth and much more history, we have been able to evolve and create much more diversity and culture and let people be seen as people, not property. It gives us a chance to be seen more than the color of our skin, but as the person we choose to be.

Erika Saindon is a local high school student who presented at the Juneteenth celebration.