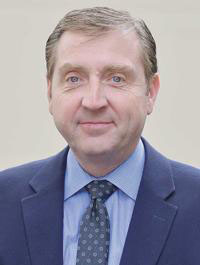 Really. Every month, 86% of Minnesota adults read newspapers’ print and online issues, according to a new Minnesota Market Study conducted by Coda Ventures. The study measures media usage and purchase behavior of Minnesota adults across urban and rural zip codes (see full-page ad in this issue).

The 3.9 million Minnesota newspaper readers number might not come as a surprise to you. After all, you are reading a newspaper right now. You are in the majority of Minnesotans who value your newspaper’s local news and ads.

Who are these 3.9 million Minnesota newspaper readers? Coda reports:

• 77% believe they have a responsibility to shape the future of their communities,

• 69% take action as a result of newspaper advertising,

• 57% use newspapers to decide which products to buy,

• 91% of the people who contact elected officials/community leaders, and

• 92% of the people planning to attend local events such as festivals, fairs, concerts, sports and bars

Minnesotans rely on newspapers for local advertising, too. Most, 69%, said they take action on newspaper ads.

Minnesotans set a high bar in many areas. Think about it. The Gopher State has the nation’s greatest voting participation rate, not to mention an impressive variety of Paul Bunyan statues and the largest ball of twine collected by one man.

Minnesota is home to 275 newspapers. Unlike other states, every one of Minnesota’s 87 counties has a newspaper. Most counties have multiple newspapers. And many newspapers are hiring. Really? Check out www.mna.org/member-classified to see dozens of current job openings.

However, some U.S. and Minnesota cities don’t have a community newspaper. Studies find cities and counties without a community newspaper pay higher taxes because no reporters are watching local governments, have lower voter turnout, have fewer candidates running for office and more partisanship.

The pandemic was tough for many businesses. But Minnesotans desire for local news and shopping grew. Many newspapers saw a 30% bump in online readers seeking local health and school news. During the same pandemic period, a good number of Minnesota newspapers also grew subscriptions. Community members, like you, felt a need or desire to support their hometown and hometown newspaper. That rally to local news and taking action on newspaper ads is likely reflected in these strong survey results. How strong?