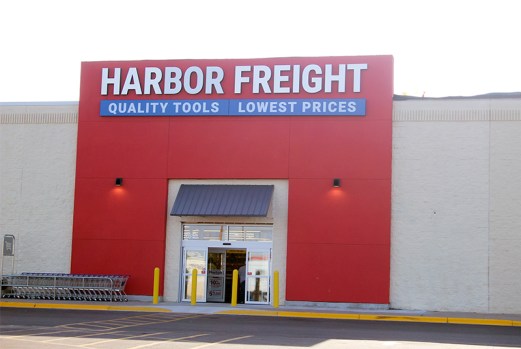 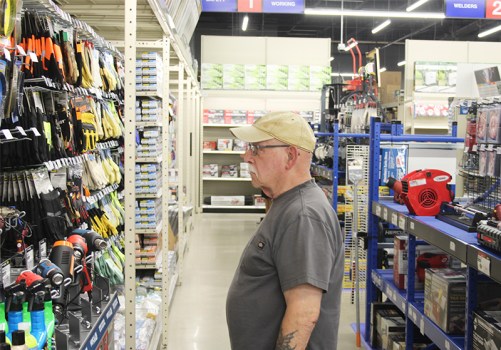 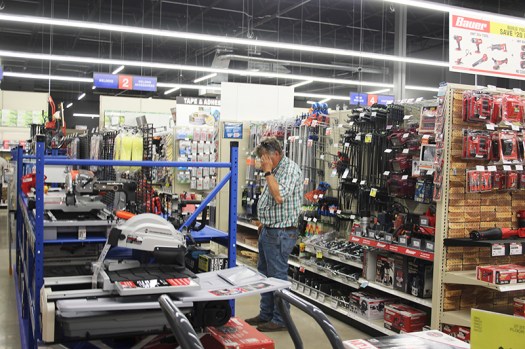 Even though the grand opening is not until next month, customers were already shopping at the new Harbor Freight Tools store on Wednesday. Alex Guerrero/Albert Lea Tribune 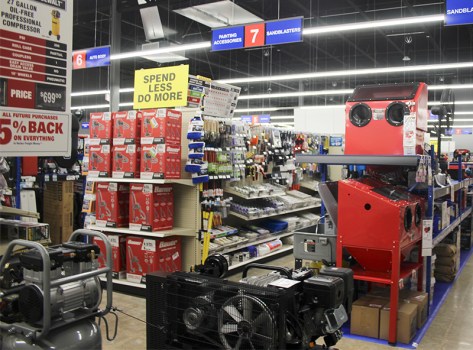 Part of the inside of the new store, which is located in part of the old Shopko building. Alex Guerrero/Albert Lea Tribune 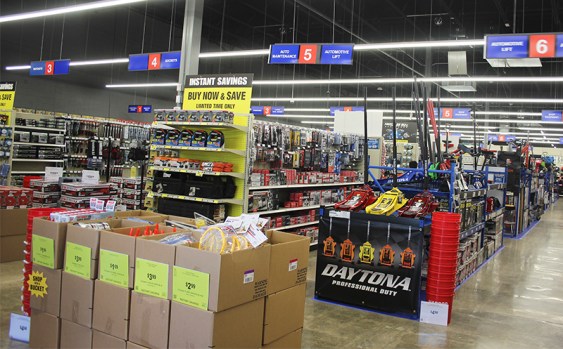 The new store is at 2610 Bridge Ave. in part of the former Shopko building, across the street from Hy-Vee.

“What we always try to do is do what we call a soft-opening a week or so in advance,” said Craig Hoffman, director of communications for the company. “That’s to give all of our associates a chance to really get to know the store and [become] familiar with all of the processes so that when we do have the grand opening, [they are ready].”

Before the opening in Freeborn County, the closest Harbor Freight Tools stores were in Owatonna and Mason City, Iowa.

“[The company] spent a lot of time identifying communities that we want to be a part of,” he said. “…It makes it much easier than traveling half an hour away from the community.”

In choosing part of the old Shopko building, he said the store was in the right location with ample parking, good visibility and easy access. They were also looking for the right size, and wound up with 18,263 square feet.

“And we think that that size is [a] competitive advantage for our customers cause they can come in, find what they need and leave.”

He also noted the size made it easier to browse.

Hoffman did not know how long negotiations to buy the space went on, but said they had been “going on for a while.”

In a press release announcing the opening, the company said it “will stock a full selection of equipment in categories including automotive, air and power tools, storage, outdoor power equipment, generators, welding supplies, hand tools and much more.”

Hoffman said the company was known for having quality tools at low prices.

“The company was founded by our founder on the philosophy that if you went to the factories and bought the tools directly from the factories, so we have almost all of our own brands, that way you didn’t have to pay the middle man to carry other brands and could pass the savings on to the customer,” he said.

And he said that’s how the company can help Albert Lea: offering value on needed tools.

“If you are a homeowner or just need to make occasional repairs [and] don’t need a pro-quality tool, which we also sell, so you can get exactly the kind of tool you need at the right price.”

This is Harbor Freight Tools 22nd Minnesota store (the company currently has 1,325 locations). Hoffman said the company would employ between 25 and 30 individuals and that hires would be local.