Janet Roxanne Hart Deane died from leukemia on July 11, 2022 after an adventurous and independent life of 67 years. Both a rebel and an advocate for the “underdog,” Janet embodied “cool” and learned her life-lessons in the School of Rock. As a young woman, she followed cutting edge bands and was passionately devoted to the Rolling Stones and the Litter. Endowed with a curious and inquiring intelligence, Janet was well-informed and opinionated. She earned a degree in English Literature while raising her family in Dilworth, MN. Janet was a gifted writer, a good listener, and a formidable adversary in arguments about political and social issues as well as a cherished friend to many. Versatile and hard-working, Janet served as a “punk rock” bank-teller, worked in law enforcement, and applied her professionalism and empathy to excel at many jobs in health care. 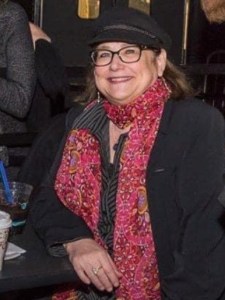 Janet loved animals. She was a caring friend to Tanya, her German Shepherd and to Ava and Coco, her beloved dachshunds.

Janet grew up in Albert Lea. She was born on May 9, 1955 on Belvoir, Virginia, the first of four children born to Richard and Beverly Hart.

Janet married Gary Hoagland, and together they had one daughter. She was later married to Russell Deane and had a son with him. It was during this time that she learned Native American ideals and customs, which she treasured and deeply respected. In 2016, Janet reconnected with an old friend, one she’d known since she was 14 years old, Tom Murray, the drummer of The Litter. Their relationship was close and a blessing to them both. She and Tom were inseparable and together spent many happy days exploring Colorado’s mountains. Tom brought Janet joy and could always put a smile on her face.

Janet was preceded in death by her father.  She is survived by her mother, Beverly Hart of Albert Lea and her three siblings, Julie (John) Beckmann of Austin, Minnesota, Connie (Bobby) Rupp of Scarville, Iowa, and Dr. Rick (Julie) Hart of San Augustine, Texas, as well as her daughter Nicki Eggerud of Moorhead, Minnesota and son William Deane of Dilworth, Minnesota. She was blessed with five grandchildren; Caleb, Olivia, Peyton, River and Halo and two great grandchildren; Lane and Ryott upon whom she doted.

She is survived by nieces Ali, Sena, Angelica, and Michaela and nephews Jake, Jack, and Justin.

She is survived by the true love of her life, Tom Murray, Mound, Minnesota, formerly from Denver, Colorado.

Janet’s courage in enduring her last illness was an inspiration to all. The tornado that in 1967 destroyed her family home shaped her life. After her struggle, she has come to a place of sweet, cool breezes with cloudless skies where storms are unknown.