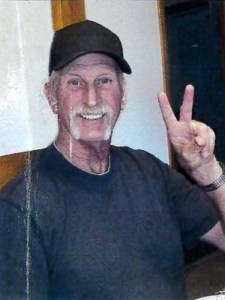 Jeff, the son of Charles and Donna (Palmer) Stephens, was born November 17, 1958, in Aberdeen, SD. He was the oldest then came Craig, Jodi and Mike. The family moved to Albert Lea, MN, where they lived until Jeff’s junior year of high school then returned to South Dakota where he finished high school, graduating from Sully Buttes in Onida. During his senior year, Jeff worked on his grandparents farm and helped finish the fall crops.

Jeff always considered Onida his second home since that is where his grandparents, Charlie and Lilian Stephens, lived and had a farm. He worked on the farm every year from spring ‘til fall until school started. He loved the farm and ranch life, but never really wanted to go back to Albert Lea. Jeff cherished his other grandparents, Vern and Ethel Palmer who lived in Gettysburg, South Dakota.

Jeff later moved to Pierre, SD, and started working construction on a Missouri River pump station for irrigation systems. He followed that company to Mitchell, South Dakota, and that is where he started his trucking career, hauling hay to Texas at the age of 18. Jeff continued working various trucking jobs which included driving for an armored motor service, hauling money with an armored tractor trailer, he pulled double and triple loads for Nations Way Transport, then bought a truck from his uncle and hauled cattle and grain. In 1999 Jeff started driving for Walmart Transportation and eventually achieved 2.5 million safe driving miles! He was truly blessed with family and friends and by the hand of God, may they all meet again in higher places … Life is but a journey.

He was preceded in death by his mother and grandparents.