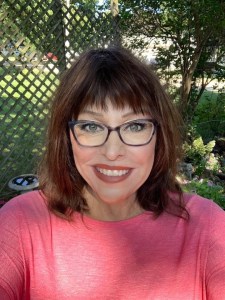 Funeral services for Karen will be held at 2:00 PM on Monday, August 1, 2022 at Winnebago Lutheran Church, with Pastor Bill Peters officiating. Visitation will take place one hour prior to the service at the church on Monday.

Karen Marie (Grafentin) Aasgaard was born on August 29, 1952 in Omaha, NE to parents Roland and Leona (Falk) Grafentin. She attended and graduated from Spencer High School in Spencer, IA. Karen went to college at the University of Iowa in Iowa City before returning home to Spencer. Karen began working at Pixler Electric in Spencer and later at the Spencer Daily Reporter newspaper, where her love for reading and grammar bloomed.

On August 20, 1978, Karen was united in marriage to Richard “Rick” Aasgaard at Bethany Lutheran Church in Spencer, IA. To this union, the couple was blessed with two daughters, Aimee and Cassie. The couple moved to Lake Mills in 1987, and have been residents ever since.

Karen worked as an Office Administrator in the healthcare industry for many years. She began working for Dr. Dana Dakken before working for the Albert Lea Medical Center, which became Mayo Clinic Health Systems. She worked there for 26 years until her retirement in 2020.

Smart, fun loving, and a quick wit were all characteristics that described Karen. Karen enjoyed flowers and gardening, quilting, knitting and cross-stitching, and was a voracious reader. Karen loved her family – She and Rick were inseparable. Karen wasn’t just a loving mother to her own children, but prided herself on being a motherly figure to many of her children’s friends.