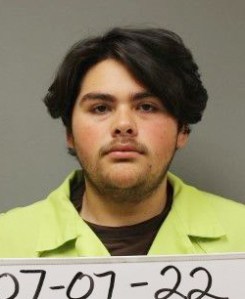 Court documents allege behavior included both inappropriate sexual touching with all of the victims and penetration with one victim.

All of the victims were reportedly sleeping or had been drinking and smoking marijuana before the sexual assaults occurred.

In an interview with an Albert Lea Police Department detective in March, Christensen reportedly admitted to touching the buttocks of one victim but denied touching two of the other victims. With the fourth victim, he said he “didn’t do anything major.”

The alleged incidents reportedly took place toward the end of 2020 and in 2021.

Christensen appeared in Freeborn County District Court on Thursday on the charges. He is being represented by a public defender.