A Northwood woman previously convicted of defrauding area charities by pretending to have cancer pleaded not guilty Monday to charges that she fraudulently received state housing and food assistance. 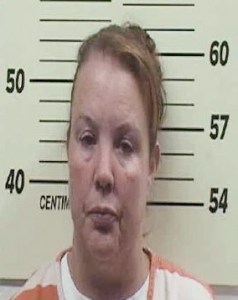 She is accused of lying to fraudulently obtain over $10,000 in housing and food assistance.

According to court documents, a Worth County Sheriff’s Office deputy was contacted by an investigator with the Economic Fraud Control Bureau on Nov. 10, 2021, stating Mikesell was under investigation for using fraudulent documents to obtain housing and food assistance. She had reportedly stated to the investigator that her husband was not residing at her residence.

Mikesell had reportedly admitted to her probation officer that her husband was residing with her at the residence at the same time frame she told the investigator that he was not living there.

On June 10, the Sheriff’s Office received a 911 call from the residence because she and her husband were arguing.

When Mikesell was taken into custody June 28, she stated that her husband had moved out approximately two weeks before.

A deputy pointed out he had observed her husband unlocking the door to the apartment and going inside with his lunchbox just the week prior, and Mikesell said he was coming to get his stuff.

Mikesell is slated for a pretrial conference Aug. 1 and a jury trial Aug. 17.

She was sentenced in January 2021 to a suspended sentence of up to 25 years in prison, along with five years of probation, after pleading guilty to ongoing criminal conduct for pretending to have cancer and reaching out to area charities and individuals for donations of money, goods and services.