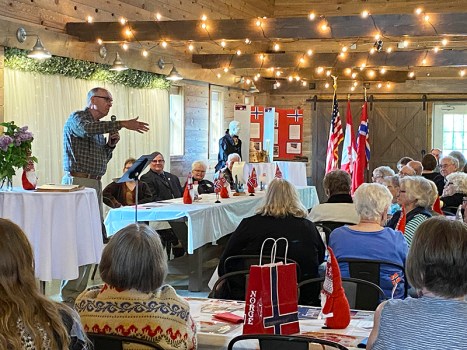 Al Batt was the guest speaker for the Sons of Norway banquet. Provided. 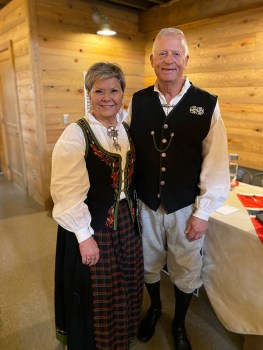 Over 100 people attended the banquet. Provided 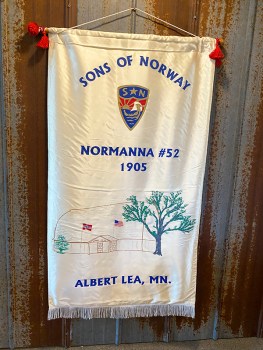 The Iversons were happy to donate the use of their barn. Provided 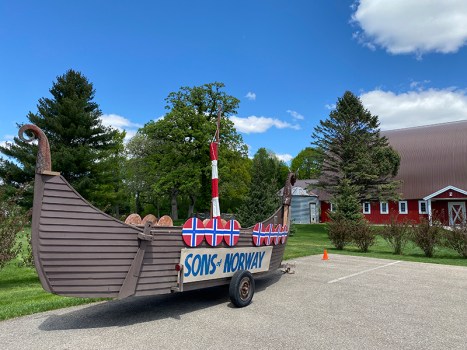 The Sons of Norway recently had a banquet at The Barn of Chapeau Shores. Provided

The Sons of Norway had a Syttende Mai Banquet on May 22 at the group’s former lodge on Lake Chapeau Drive. There were about 110 people in atttendance.

Originally, the barn was built in the 1930s and was used on a farm just up the hill from its current location. In 1966, the barn was moved to 504 Lake Chapeau Drive and used as a student union center for Lea College. The college closed, and in 1978 the Sons of Norway purchased the barn for lodge meetings and events. In 2017 the barn was purchased by the Chad and Jayne Iverson, and it was completely renovated, inside and out, and is now a wedding and event venue.

The Iversons donated the use of the barn to the Sons of Norway to host their Syttende Mai Banquet.

“It meant a lot to us to donate our barn to them for their event since it was their old stomping grounds,” Jayne Iverson said. “It was so neat to see their faces when they stepped inside and saw the transformation.”

The guest speaker was Al Batt.