It’s a full-circle moment for Nikolle Guion and Heidi Skinner of the United Way of Freeborn County.

After experiencing food insecurity at periods of their own lives and recognizing the stigma that sometimes comes with the use of food shelves, the two women are now leading the effort to address those needs through a new food pantry in Albert Lea.

Called the Welcome Pantry, the pantry will be operated as a program of the United Way. The women, who will be co-coordinators, hope the space can be welcoming to all, as its name implies, and can reduce the stigma that comes with people asking for help — and ultimately increase the health of residents in the county. 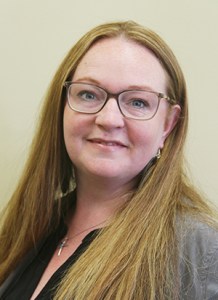 The program has been in the works for the last two years through the United Way with efforts of organizations including Channel One Regional Food Bank, Foundation for Essential Needs, Blue Zones Project, Freeborn County, the city of Albert Lea and other local leaders.

According to Feeding America, 9.5%, or 2,900  people, in Freeborn County face food insecurity.

Currently, three food shelves serve all of Freeborn County, providing food to an average of 555 people each month, leading to a gap of over 2,000 individuals, according to the organization.

United Way Executive Director Erin Haag said food insecurity is probably not what a lot of people imagine it to be, and it could be happening with anyone. She said what hunger most often looks like is when people have to choose to forego other basic needs in order to buy groceries.

Guion said through the co-design process, they were able to gather information from people who have utilized food shelves before and learn from their experiences about what worked and what needed improvement.

“It goes beyond food of offering a safe place,” Guion said. “When someone’s already struggling, sometimes all it really takes is one welcoming person, or place, to kind of be able to reset and say, “OK I have this done,” and it really builds that confidence. … It offers some empowerment, some motivation.”

Skinner said the pantry will address some of the barriers that have existed before with people who might need to utilize the services but who are not able to do so. It will be available during some evening hours and Saturday hours for working families, and people will be able to come more than once a month to have access to fresh foods. 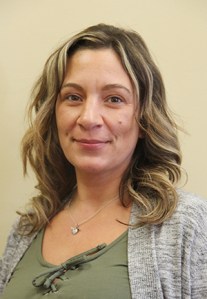 People will also be able to walk around and shop for their own food, allowing them to choose foods their families like and that meet their dietary restrictions. Haag said the model empowers people and ultimately reduces waste that sometimes comes with other food pantry models.

“For me, it’s really giving back that dignity to people who are food insecure, whether it’s temporarily or in long-term situations, giving them that dignity and that value of not just being able to get food to eat in their belly but having the dignity of eating food that their family likes, being able to prepare full meals,” Skinner said.

She said when people are food insecure or dealing with financial insecurities, people often feel like they have to prove that they are poor or in need.

“We really want to make it an easier process,” she said.

The only requirements are that users are in Minnesota and have an income of less than 300% of the federal poverty guidelines. Proof of residence or income is not required.

The women emphasized they are not looking to replace any other food pantries already in the community, but they hope they can help fill the gap. They hope they can even partner with the other pantries when possible.

They plan to offer other resources as well, including recipes and other information, and eventually they hope to work with farmers to donate a portion of their crops to supply fresh, locally grown produce. They also hope to have food available for multiple cultures in the community.

The food pantry effort, Haag said, addresses all of the pillars of the United Way: education, health and financial stability. They hope to have resources available at the pantry to address all of these pillars.

“It’s not like it’s just a helping hand where we’re just helping to feed someone,” Skinner said. “It’s more of a stepping stone where people can make those other sound decisions to help lift themselves up and get somewhere.”

Though eventually the pantry will be operated out of a brick-and-mortar space, for now it is operating as a mobile food pantry — next week at the National Guard Armory, 410 Prospect Ave.

The Welcome Pantry will be open from 10 a.m. to 1 p.m. Thursday and will allow people to shop for their own food indoors.

“This is my passion,” Guion said. “I want to invest in the community — the people in it.”

Additional information will be released about other mobile pantries on the United Way of Freeborn County Facebook page as they become available.

Funding for the project was provided by Dale Larson, ConAgra and Feeding America, and Haag said they will also actively pursue grant funding. Volunteers will be utilized to make the project a reality.

The women encouraged anyone who might be interested in donating to the effort to donate financially instead of in food as they have the resources to leverage the funds for more food than the average person could.