‘Wanting to better my community’: Area woman prepares to begin as new judge in Mower Co. 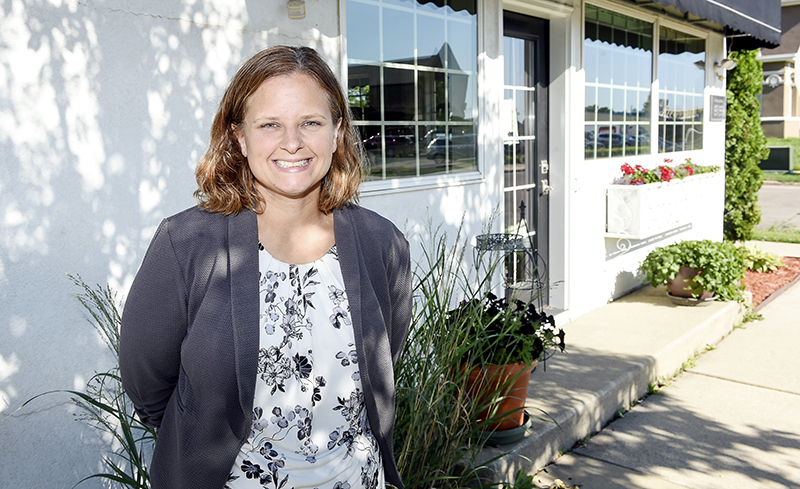 Austin attorney Natalie Martinez is photographed outside of Donnelly Law Office. She will soon be installed as judge based in Mower County after being appointed by Gov. Tim Walz. Eric Johnson/Albert Lea Tribune

Natalie Martinez has strong feelings of community involvement and it’s something she will be able to take with her to the bench.

Martinez, a lawyer out of Austin’s Donnelly Law Office, was recently named by Gov. Tim Walz to fill a vacancy in Minnesota’s Third Judicial District.

She will replace the Honorable Kevin A. Lund and will be chambered out of Austin.

“I’ve always been very public service oriented,” Martinez said from her office in the Donnelly Law Office. “I grew up waiting tables to put myself through college and law school, so I’ve always had the mindset. I think you see that with the law I’ve covered.”

Martinez has been with Donnelly Law Office since 2015 and before that worked at Legal Services in Albert Lea.

During her time as a lawyer she handled a variety of cases spanning a wide legal area including public defender work and family law. Martinez feels that background will be a benefit when she takes her seat behind the stand.

“I think you have to be both empathetic and willing to listen and make a decision,” she said. “Some of those things are kind of contraindicated to one another and I think my experience working with clients with varying backgrounds I think is going to be helpful on the bench, because I’m going to be hearing cases from people coming from a variety of backgrounds who have different needs.”

This is Martinez’s second attempt at a judge’s position in the Third District, which extends from Freeborn, Steele and Rice counties all the way to the eastern edge of the state.

Her first attempt came in January and had she been appointed would have served out of Albert Lea.

While she wasn’t chosen for that position, she was encouraged by her husband to keep trying and thus applied for this seat out of Mower.

“I really think he kind of encouraged me that people who are going through this process, they really need someone who can be empathetic and patient and make sure that everyone feels like they are being heard,” Martinez said. “I think it was his encouragement quite a bit that prompted me to apply back in January and then when this spot was going to open that’s why I decided to apply for this spot.”

The process of securing a seat for the position took Martinez through an involved process of review and interviews, requiring her to first start with a cover letter, resume and background check.

After that she, and others up for the position, were interviewed by a panel of 10-12 people who were tasked with screening applicants. This was followed by an interview with the governor, lieutenant governor, members of the governor’s lawyers council and the chairman of the board of Judicial Selection.

“That happened over a 6-8 week process, so it’s really involved,” she said.

Martinez harbored no illusions of the work she will be facing on the bench, noting that she will have to be prepared for every case that will come before her.

But she’s also looking forward to being transparent in how she handles her decisions and the correlation that has with the community.

“I think that the public wants transparency with their officials and I think they want to know they are going to be treated fairly and as a person sitting in that spot is a member and invested in the community,” she said. “I certainly have worked here in Austin since 2015. I go to the Y to work out regularly. I take my kids to the pool, we go to Freedom Fest — I think those things matter because I think it’s going to not just be some person sitting in a robe who isn’t invested in the community. This is someone who cares about what’s happening to the people.”

Martinez said she is hoping to instill a collaborative work ethic when she takes her new position and that will include working with various justice partners including places like the Crime Resource Center, Court Services, Human Services and the Guardian Ad Litem program, all agencies she’s worked with in the past.

She feels that agencies like these work well with her efforts to be community orientated, something she believes so profoundly in.

“Just a big reason I applied for the position was wanting to better my community,” she said. “I have four young children and I think the justice system is so very important for the people going through it. I can’t overstate that enough.”

“I’m a foster parent in Freeborn County and I’ve gone through the process of adopting my son, so I’ve been a litigate in the system,” she continued. “As somebody going through it, it’s the most important time of their life. I think to be able to make that personal connection to the best of your ability in that short amount of time is important and I hope to be able to do that.”