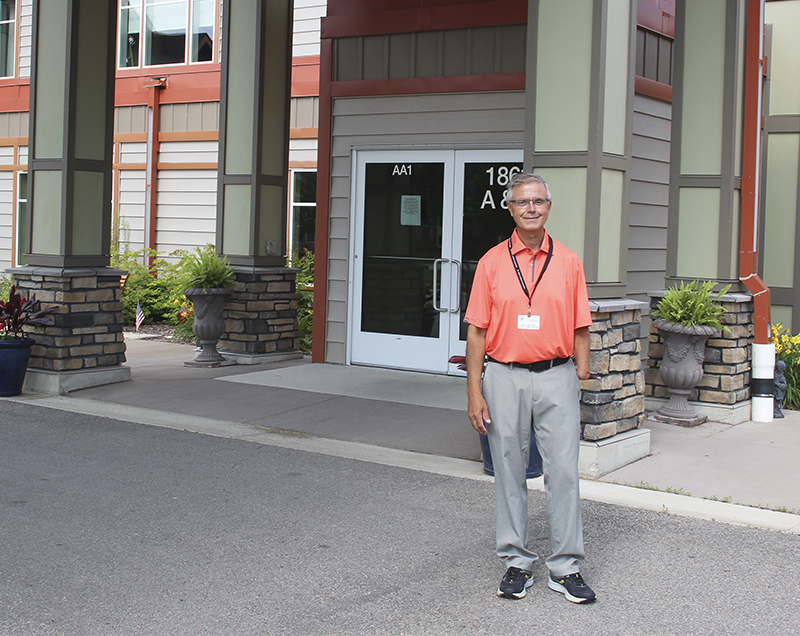 He described his new role as “leading the team” and oversees the operations of two care centers, two assisted-living centers and an independent living place on two separate campuses: the Fountain Lake campus and the Luther Place campus.

“You’d be working together with the various department managers and helping to keep the day-to-day functions operating and stuff,” he said. “A key part of this is making sure that we’re following federal and state regulations, that which there is a lot of.”

He called his interim position a “calling” and said helping to improve other people’s lives is a rewarding job. He was originally contacted by a person within his network who told him he would fit in and that his background would work in the St. John’s community.

“My first impression was that this was a very good community,” he said. “…. And after working here for a few weeks now, it’s true.”

According to Brandon, serving as an interim is slightly different, and he’s looking at operations as more of a consultant with a new set of eyes.

“It was a case where I had been involved in lots of organizations, on board of directors of different organizations,” he said. “And I had a couple businesses of my own.”

Brandon said this type of work was something he always enjoyed, and said the new role presented the opportunity to make improvements