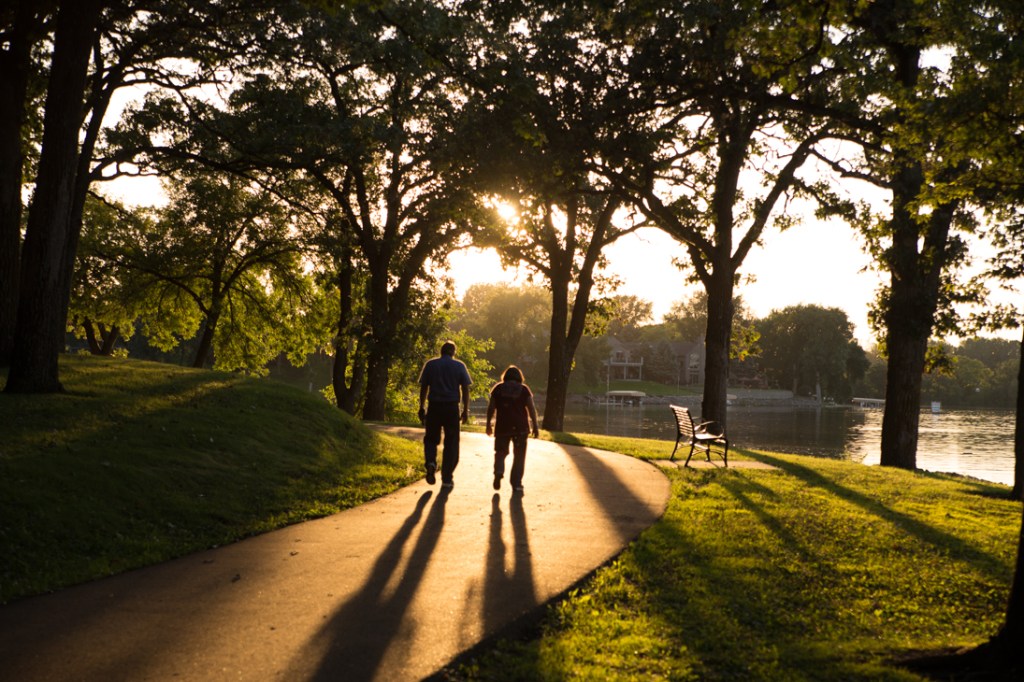 With 18 picnic tables scattered over 20 acres, Edgewater Park opened to the public on Aug. 13 in 1922. Today the park offers much more than picnic tables across its 60 acres, including playgrounds, fishing piers and pavilions.

Albert Lea will celebrate the park’s 100th anniversary Friday and Saturday with a party of the century, and everyone is invited, according to a press release.

The following are events taking place this weekend: 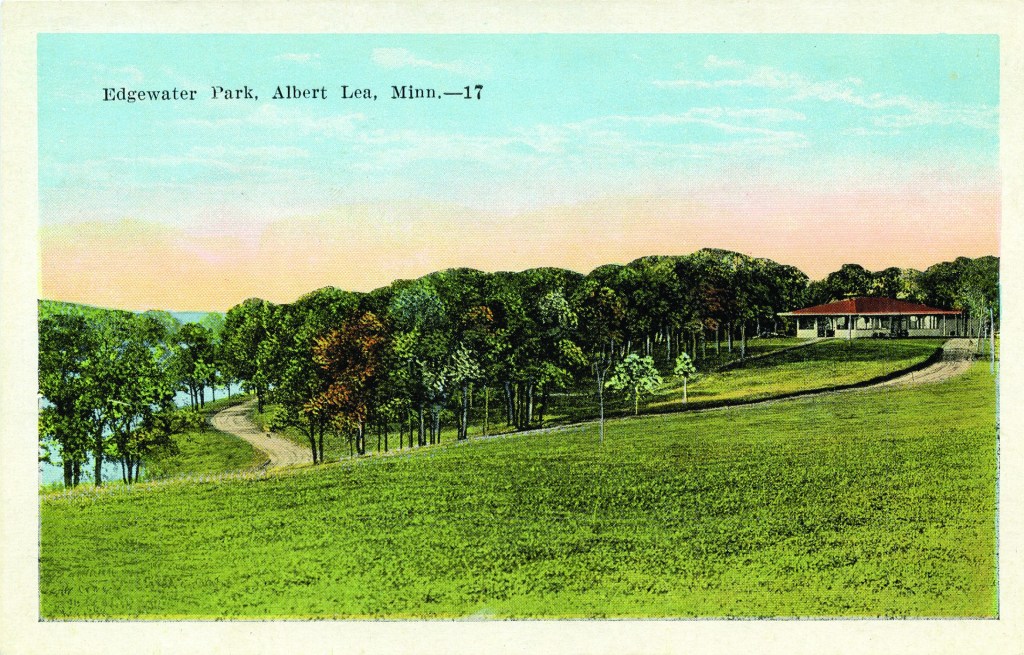 This postcard, year unknown, offers a historical look at Edgewater Park. The community will
celebrate the park’s 100th birthday Friday and Saturday with several events. Provided

Edgewater Park grew over the last century from a far-fetched idea in the early 1900s to Albert Lea’s most popular park.

The park started as an idea from Bert Skinner, president of Skinner-Chamberlain department store in downtown Albert Lea. He envisioned a park and a country club where a realty company tried selling lots for what it called the Edgewater addition.

At this time, the area on the northwest side of Fountain Lake was outside the city of Albert Lea. And “the road wasn’t much to speak of,” according to the local newspaper. The road was impassable most of the year, which explains why the realty company went bust.

Despite his friends laughing at his notion for a park, Skinner bought the land when a Fairmont bank foreclosed on it. He spent $11,000 for 70 acres and then several years convincing the city to develop a park there.

That finally happened on Oct. 14, 1919, when the Albert Lea City Council bought 30 acres of the 70-acre tract known as the Edgewater addition. The city paid $170 peracre — the same price Skinner had paid. (The other 40 acres became a golf course, which is now a wetland complex and senior living complex.)

The city threw open the park to the public on Aug. 13, 1922, to meet the great demand for picnic grounds, according to Freeborn County Standard. Over 100 years, the city has expanded and improved the park, building a road and parking lots, adding water and sewer services, providing rest rooms and playgrounds, building two pavilions and fishing piers.

The city expanded the park for the first time in the 1920s, buying a site that had once been a pigeon and pheasant farm. The site included a home that the city converted into a cottage by removing the upper level. A family rented the cottage from 1950 to 1954,  operating it as a licensed restaurant and concession stand. The restaurant was open year-round and offered regular meals along with ice cream cones, malts, candy and soft drinks.

The cottage still stands and is now rented by residents for events such as open houses, meetings and parties.

In the 1970s the city developed the north part of Edgewater Park. In the 1930s and early 1940s, a private company owned and operated a sand and gravel pit north of Edgewater Bay. The city of Albert Lea acquired the sand and gravel pit in the 1940s, and filled in the pit by using it as a landfill from 1956 to 1972. After the site was closed in 1972, it was covered with 14 feet of sediment dredged from Fountain Lake. The city then developed the site as North Edgewater Park.

In the late 1900s, contaminated groundwater was found to be discharging into Fountain Lake from the dump site. With state funding granted in 2007, the city removed about 500,000 cubic yards of waste from 30 acres at the park and buried it at the city’s lined landfill 1 mile to the northeast. The site was excavated to clean soil, covered with additional soil and planted to grass, and is ready for more development.

The next amenity in the works in an inclusive playground, across from the Edgewater Bay Pavilion, where people of all abilities can play together.

“The name and fame of this lovely bit of greenwood has gone far and wide. Thousands of people enjoy its hospitality every summer,” the Albert Lea Tribune reported in 1925.