In 1914 when Charles Edison was 67 years old, his factory in West Orange, New Jersey, went up in flames.  As the fire raged on, his son desperately searched to find his father. When he finally found him, Edison was calmly watching the fire. 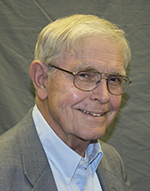 When Edison saw his son, he shouted, “Where’s your mother? Find her. Bring her here. She will never see anything like this so long as she lives!”

The next morning, as Edison looked over the ruins of his factory, he commented, “There is great value in disaster. All our mistakes are burned up. Thank God we can start anew.”

Have you ever messed up in life? I mean, really messed up? Some will deny what they have done or failed to do, “burying it under the rug” as we say. But eventually the truth comes out. As my mother put it, “Your sins will find you out.” In the end, it is the attempted cover up, not the act in itself, that does one in.

On the other hand, others chose to “fess up,” admitting to their error in judgment whether deliberate or unintentional. As President Truman famously said, “The buck stops here.” What they did or failed to do was wrong. Americans, in general, are a forgiving people when public servants admit to messing up but they are less willing to forgive when officials persist in covering it up. The same holds true for us as individuals.

I want to believe the willingness of people to forgive is an imprint of our Christian values on society. Granted, it has not always been this way as history and our daily life experiences reveal. However, people bent on revenge do not prosper nor do individuals who can’t let go of a grudge.

The apostle James wrote: “Confess your sins to one another so that you may be healed.” — James 5:16 (NIV).  Messing up ends in disaster as many will attest. But thank God, repentance which leads to forgiveness is like Edison’s fire. By God’s grace our sin is burned up at the cross. We have been redeemed, our dignity restored, healed as it were, and we can start anew.

Yet, the past remains. Forgiveness is not about forgetting. Rather, forgiveness enables us to perceive past events in a new light. Like the person who puts his hand on a hot stove, he learns not to repeat it. There are better ways to determine if the burner is on.

Values and attitudes are affected. People frequently become less judgmental and more compassionate toward others who miss the mark. The focus becomes less on self and more on others. Thank God, I can start anew.  Thank God, we can start anew.